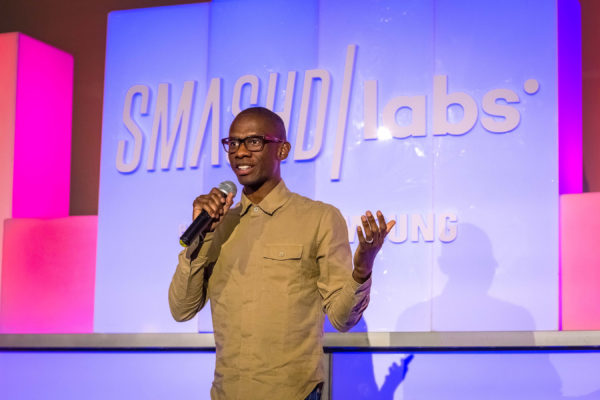 Atom Factory CEO Troy Carter announced plans to host a second season of Smashd Labs from September 6 to November 18. For the inaugural class, there were over 200 applicants in two weeks, six startups in the inaugural cohort, 30 mentors, founders as young as 19 years old, and over $2M raised from investments within six months of the lab’s concluding Demo Day.
“We’re proud of the success the participating startups have had to date, and look forward to growing the Smashd Labs family by adding an additional set of startups led by talented founders with platforms and tech that can disrupt entertainment and culture,” stated Atom Factory CEO Troy Carter, who most recently served as a guest shark on the latest season of ABC’s hit prime-time show Shark Tank.
During the inaugural lab, Atom Factory curated a group of A-list mentors from entertainment, successful startups, and academia including Columbia University and Harvard University. Mentors from the inaugural lab included: Russell Simmons (Founder, All Def Digital), Sophia Amoruso (Founder, Nasty Gal), Brian Lee (Founder/CEO, The Honest Company), Brian Robbins (Founder/CEO, Awesomeness TV), Judy Smith (Executive Producer, Scandal), and Neil Blumenthal & Dave Gilboa (Founders, Warby Parker). Mentors for the 2016 lab are forthcoming.
Participating companies in the inaugural class included:
Sidestep: Mobile platform for live events that allows fans to order merchandise before, during and after an event for VIP pickup and delivery
Enrou: Socially conscious marketplace where shoppers discover goods from all around the globe and support the people who made them through their purchases.
WeTransfer: File-sharing made easy and enjoyable
THRONE: Peer-to-peer marketplace and ecosystem marrying original content and convenient commerce on mobile for the $85B sneaker and streetwear industry
Trakfire: Platform that enables the community of music enthusiasts to curate the best music from emerging artists, daily, in the form of a leaderboard.
To apply to Smashd Labs, visit https://smashdlabs.co/. Applications are open through June 5, 2016. Participating companies receive a $50K investment.