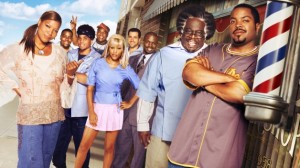 Tribune Broadcasting and MGM Television  have joined forces on a new programming operations relationship for THIS TV, the 24/7 free digital network  that features movies from Metro-Goldwyn-Mayer’s vast library of over 4,000 titles. Effective this Fall 2013, Tribune Broadcasting will oversee all programming operations for the digital network.THIS TV is one of the fastest growing new television entertainment networks in the U.S. and the #1 digital movie network in the country.   Launched in November of 2008, with Tribune joining as an affiliate partner in 2009, the network is now carried in more than 85% of the country.   To kick off the new relationship between MGM and Tribune the network will feature such box-office hits as the Academy Award ®-winning  “Platoon,” “Ronin,” “Barbershop 2,” “Get Shorty,” “Benny and Joon,” “Original Sin” and “Four Weddings and a Funeral.”MGM and Tribune’s existing long-term affiliation agreement for THIS TV will remain in place, with clearances on Tribune stations in  New York,  Los Angeles,  Chicago,  Philadelphia,  Dallas,  Miami,Washington, D.C.,  Portland,  San Diego,  St. Louis,  Denver,  Indianapolis,  Hartford,  New Orleans  and  Grand Rapids.”MGM has partnered with Tribune on THIS TV because they are the best organization to optimize the network’s growth through new content development and distribution opportunities,” said  John Bryan, President, Domestic Television Distribution, MGM Television. “We look forward to a long business relationship and expanding THIS TV to audiences across the country.”Sean Compton, President of Programming for Tribune Broadcasting, said:   “MGM has built THIS TV into a valuable programming network, and we believe this expanded partnership will further solidify THIS TV as a leader in the digital network space.   THIS TV’s solid lineup of movie offerings is a perfect complement to the television series lineup on Antenna TV, Tribune’s existing digital network.”About THIS TV