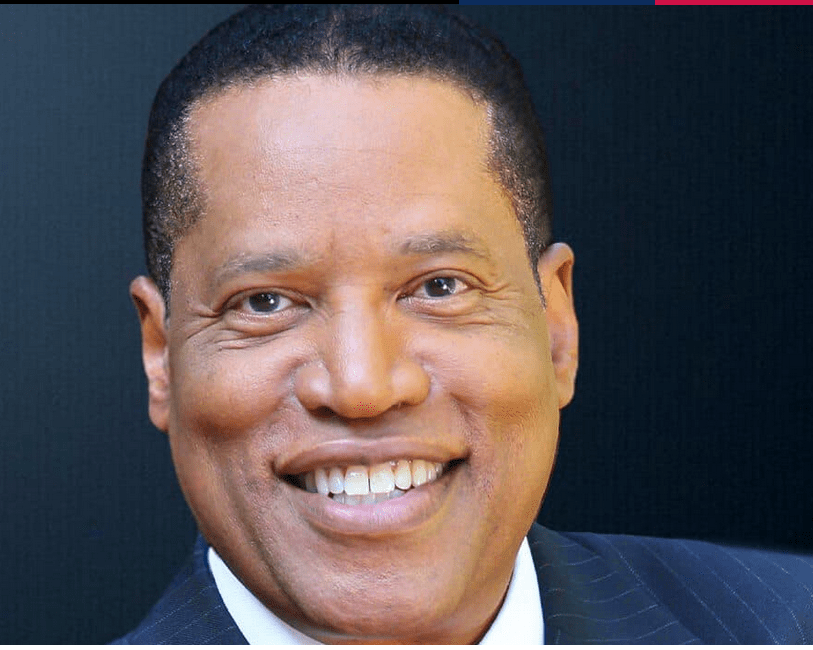 This is Larry Elder’s first bid for public office; he stepped down Monday evening as host of his nationally syndicated talk show on the Salem Radio Network, the parent company of SRN News.

Black folks would be better off voting for Caitlyn Jenner and we know how that’s going to go.

SUPER, SUPER …. Oh, did we say SUPER? Conservative radio talk show host Larry Elder has announced he’s entering the race for Governor of California. Elder—an attorney and author who regularly appears on FOX News—says incumbent Democrat Gavin Newsom must be  recalled as Governor because of what Elder sees as the governor’s mismanagement of California:

This is Larry Elder’s first bid for public office; he stepped down Monday evening as host of his nationally-syndicated talk show on the Salem Radio Network, parent company of SRN News.  The California recall election is set for September 14th, and Elder faces a number of other GOP challengers including businessman John Cox and reality TV star Caitlyn Jenner.

Elder, whose show is nationally syndicated, is a regular guest on Fox News. He’s dubbed the “sage from South Central” on his website, a reference to the area of Los Angeles where he grew up.

In an interview with The Associated Press, the 69-year-old attorney said he initially was reluctant to become a candidate in a state where Democrats hold a lopsided grip on power in Sacramento. Among supporters who encouraged him to run: fellow conservative radio host Dennis Prager.

“I have common sense. I have good judgment. I’m born and raised here. I think I understand the state,” he said.

“I know it’s a long shot,” he added, referring to Newsom’s ability to raise unlimited funds. But he said he was driven by a “fire in the belly to see if I can do something … to move the needle in the right direction.”

Elder stands out as a Black man in a national GOP dominated by whites. He said that reality counters Newsom’s narrative that the recall is an “effort led by (former President Donald) Trump white nationalists.”

“Do I look like a white nationalist?” Elder asked.

“I think this is a race between Gavin Newsom and me. I don’t think about the other candidates,” Elder said, arguing that his name recognition, outsider status and communication skills separate him from the crowd.

Newsom, a first-term Democrat and former San Francisco mayor, was elected in a 2018 landslide. The recall drive gained strength following school and business closures during the depths of the pandemic that upended life for millions of Californians and sent Newsom’s popularity tumbling.

The governor’s standing also suffered from a multibillion-dollar fraud scandal at the state unemployment agency and fallout after being discovered dining out with friends and lobbyists at an exclusive restaurant last fall, while telling residents to stay home for safety.

Republican candidates have depicted Newsom as an incompetent fop whose bungled leadership inflicted unnecessary financial pain during the pandemic. Democrats have sought to frame the contest as driven by far-right extremists and Trump supporters.

More recently, a reopened economy amid falling coronavirus case numbers helped Newsom regain his footing, but large numbers of voters aren’t paying attention to the race. Democrats worry about the possibility of a weak turnout on their side.

Elder’s biography on the website for his radio show calls him “unafraid to take on liberals and the Black Lives Matter movement.” He calls for “returning to the bedrock Constitutional principles of limited government and maximum personal responsibility.”

During the interview, he talked of working his way through a disadvantaged high school in a historically Black neighborhood to get to Brown University, then law school. When he was bused for a semester to another district in Los Angeles, he was stunned by the difference in teaching and parental involvement.

When he told his mother about the difference in the schools, she cried and told him: “If your father and I had enough money, we could have put you in a better school, but we couldn’t.” He is an advocate for school choice programs.

In a 2020 column, Elder advocated for Trump’s reelection, citing a strong economy and low unemployment numbers for Black workers. He criticized Trump’s impeachment.

In a statement, Newsom campaign spokesman Dan Newman called Elder “another Trump supporter” competing for a share of the former president’s base of voters. Elder said he has long supported Republican presidential nominees, but the issue in the recall remains Newsom.

It’s not uncommon in California for residents to seek recalls, but they rarely get on the ballot — and even fewer succeed. A sitting governor has been ousted just once in the state, when unpopular Democrat Gray Davis was recalled in 2003 and replaced by Republican Arnold Schwarzenegger.

In a recall election, voters will be asked two questions: First, should Newsom be removed? And then, who should replace him? Voters will choose from a list of registered replacement candidates. However, the second votes only count if a majority votes yes on the first question.

Candidates have until July 16 to file papers to declare their candidacy. With dozens of candidates expected, it’s possible that a winner could top the field with as little as 20% or 30% of the vote. Republicans believe Elder’s presence in the race will help drive up support for the critical first question on the ballot.C

Radio Facts - February 13, 2012 0
In the black community, we are reactive. We do not often respond to a situation until it's too late. In addition we don't often use that opportunity to enforce a change, we let it die off and move on until the next problem occurs.

KJLH-FM, Los Angeles Kicks Off A Week of Events in Solidarity...