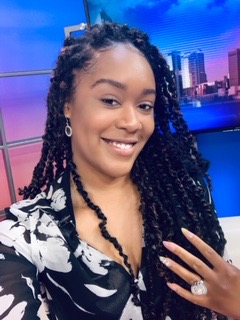 Beasley Media Group announces Tradia McCoy has been named as the new Midday Personality at Foxy 99/WZFX-FM in Fayetteville. She officially began her new position on Monday, October 12th.

McCoy most recently served as the midday personality at WCDX-FM in Richmond, Virginia. Previously she was heard doing middays and worked as the Social Media Manager at WGIV-FM in Charlotte, North Carolina.