WASHINGTON (April 5, 2019) – Today, the Toni Morrison Society presented Howard University with the 25th bench placement from the Bench by the Road Project, during their 25th anniversary. The bench is placed on the main campus between the Ira Aldridge Theatre and Lulu Childers Hall. It is a tribute to Howard’s enduring legacy as a leader in Black education and its proud contribution to the life, and recognition of the works of Alumna and Award-Winning Author Toni Morrison.

According to the Bench by the Road Project, this initiative was launched on February 18, 2006 during Toni Morrison’s 75th Birthday celebration. The project is a memorial history and community outreach initiative of the Toni Morrison Society. The name “Bench by the Road” is taken from Ms. Morrison’s remarks in a 1989 interview with World Magazine where she spoke of the absences of historical markers in certain places that help remember the lives of peoples of African descent and their contributions to the world.

“There is no place you or I can go to think about or not think about, to summon the presences of or recollect the absences of slaves; nothing that reminds us of the ones who made the journey and of those who did not make it. There is not suitable memorial or plaque or wreath or wall or park, or skyscraper lobby.  There is not three-hundred-foot tower.  There’s no small bench by the road.”  –Toni Morrison, World Magazine, 1989.

While there have been several notable African American history and slavery museums built since 1989, as well as a number of outstanding state and federal initiatives honoring the stories of the African American past, the goal of the Bench by the Road Project is to address the lament Ms. Morrison expressed in her interview by placing benches and plaques at sites commemorating significant moments, individuals, and locations within the history of the African Diaspora.

Since 2006, the Toni Morrison Society has placed 24 Benches at sites, including Sullivan’s Island, South Carolina; Walden Woods in Lincoln, Massachusetts; the 20th Arrondissement in Paris, France; Fort-de-France, Martinique; and, the Schomburg Center in Harlem, New York.

Howard President Wayne A. I. Frederick to Deliver 2019 State of the University Address During Homecoming on October 11 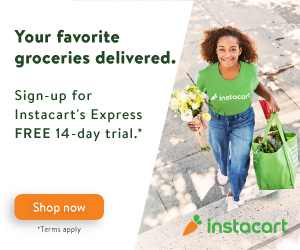 Flame Monroe Follows Up Success Of ‘They Ready’, Her New Position In...