Houston radio veteran The Madd Hatta made the winning bid on a portrait of George Floyd in an online auction hosted by Peach World Entertainment for the benefit of Project Row Houses. The portrait, commissioned by Peach World Entertainment founder Wilson Dunn, was created by Anamaria Kheveli. Hatta purchased Kheveli’s “George Floyd Tribute”, an 18×24 acrylic painting, which features a portrait of the late George Floyd with the Houston skyline behind him. Floyd’s final words, “I can’t breathe,” are painted above. 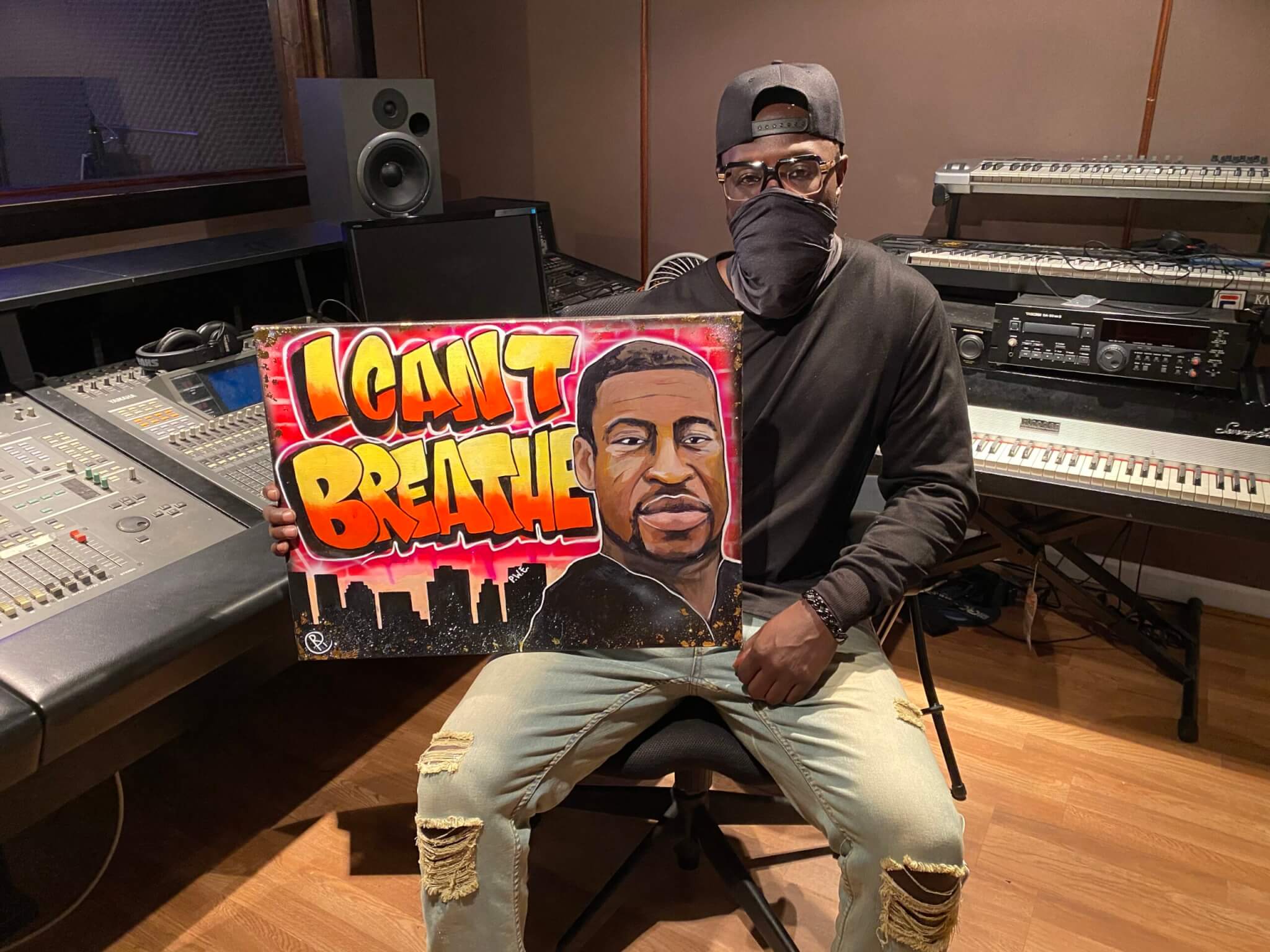 Hatta’s bid, along with his supplemental donation, raised $500 for Project Row Houses, whose mission is helping Houston’s Third Ward community through art while also helping to preserve the historically Black neighborhood’s cultural identity. Peach World Entertainment’s mission is to support the Houston art scene by contributing to all aspects of its growth. Supporting Project Row Houses is one of the many ways Peach World Entertainment haschosen to fulfil its mission.Hatta, the Texas Radio Hall of Famer who recently transitioned from morning show host at 97.9 The Boxx to his new role as Content Manager for Texas Southern University’s KTSU-FM, says both the image and the movement it represents, speak to him personally.”The opportunity to honour the memory of George Floyd, while supporting the Third Ward neighbourhood where he grew up, was something I wanted to be a part of,” said Hatta, who has made Houston his home since 1993. “My donationis a small price to pay for a man whose death has awakened America to its unfair treatment of people of color. My hope is that George Floyd’s passing was not in vain. That would be a worthy tribute to his life.”