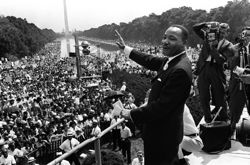 The civil rights leader Martin Luther KIng (C) waves to supporters 28 August 1963 on the Mall in Washington DC (Washington Monument in background) during the “March on Washington”. King said the march was “the greatest demonstration of freedom in the history of the United States.” Martin Luther King was assassinated on 04 April 1968 in Memphis, Tennessee. James Earl Ray confessed to shooting King and was sentenced to 99 years in prison. King’s killing sent shock waves through American society at the time, and is still regarded as a landmark event in recent US history. AFP PHOTO (Photo credit should read -/AFP/Getty Images) 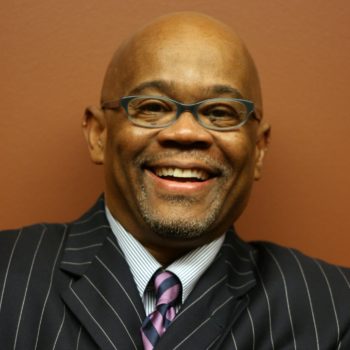