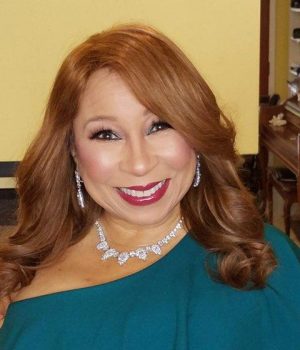 Tanya Hart, four-time Emmy Award and George Foster Peabody Award-winning producer of television series and documentary films, TV Host, and Syndicated Radio Personality has been elected for a second term as co-chair of The Caucus for Producers, Writers & Directors for a two-year term (www.Caucus.org). Hart is the first African-American and first woman to head up the 45-year-old entertainment industry trade organization, along with Robert Papazian.Tanya was honored by her alma mater Michigan State University during Women’s History Month. As a woman who is making a difference. Michigan State University is featuring her for Women’s History Month. See link to video: bit.ly/2F4QjhhCurrently, Hart has been in the forefront of spearheading The Caucus to feature a Panel Discussion on Sexual Harassment, which will be held at Emerson College on Wednesday, April 4 @ 7PM. Hart along with The Caucus is currently working withCalifornia Assemblywoman Eloise Reyes supporting a bill to get the statute of limitations changed in sexual harassment cases.2016, when Hart was first elected as The Caucus Co-Chair, she has implemented many changes which include; Awarding approximately $100,000 in scholarship grants to woman of color though the Caucus Foundation. She is also responsible for big name executives to be honored by The Caucus including Kenya Barris, writer, Producer, Black-ish TV show and Girls Trip.“It is a great time to be a woman. In world of entertainment it is not business as usual. The paradigm has changed. ‘Black Girl Magic’ is sweeping the landscape. We are telling our stories and demanding we be heard and bringing more money and resources to the table than ever before. I am so proud to be a part of this movement. “Tanya’s podcast “Hollywood Live Extra” premiered in the fall 2017 and is gaining great traction in the podcast genre. Here’s a link to a recent podcast: aurn.com/hollywood-live-extra-26-wrinkle-in-timeHart is a recipient of Distinguished Service Award and the Diversity Award from The Caucus and serves on the Caucus Foundation board of directors.