Home Radio and Music Industry News Talented Homeless Man Wants a Job in Radio… and on the next...
Tweet
Share
More
0 Shares 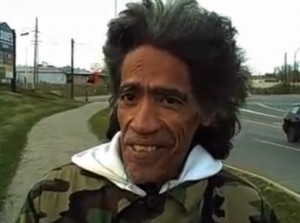 Sh… if they drive to the next exit, they will find a great Black programmer begging for change too and a great Black morning man or woman and a great afternoon drive host and a great record promoter all out of work. They will say “Well, I really wanted to work in radio but you know RADIO got addicted (instead of them getting addicted) to syndication and homogenization… Perhaps someone will give me a home, you know, a chance to do a…. I don't know… sh…… a SHIFT! Wow, this man has a great voice, I won't say he doesn't have a great talent but he wants to work in radio. Hmm, with the limited amount of jobs in radio, If I were to advise him, I'd tell him to go straight for TV, I'm willing to bet that's who will end up hiring him and he will be better off. What? Am I supposed to lie? Sh… I would go for a TV gig over radio too… tell me you wouldn't? I would start calling this blog “TV Facts.” It's not where you'd expect to find the man with the best radio voice in America “” homeless and begging on a street corner. His name is Ted Williams, he lives in Colombus, Ohio, and somehow until this week he was hardly known to the rest of the world. But all of that is about to change, now that video of him spectacularly imitating an old school radio DJ has emerged online. The video has sparked an online campaign to get Mr Williams off the streets and find him a job.

Digital and Radio Facts - September 18, 2020 0
An open letter to the Black Music Industry by a Black Music Creative: