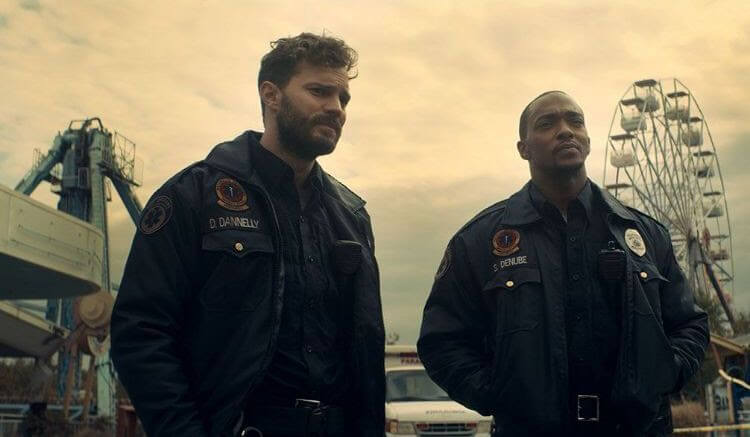 When New Orleans paramedics and longtime best friends Steve (Anthony Mackie) and Dennis (Jamie Dornan) are called to a series of bizarre, gruesome accidents, they chalk it up to the mysterious new party drug found at the scene. But after Dennis’s oldest daughter suddenly disappears, Steve stumbles upon a terrifying truth about the supposed psychedelic that will challenge everything he knows about reality—and the flow of time itself. This trippy, mind-melting thriller from the directors of THE ENDLESS offers an exhilarating blend of sci-fi, horror, and timely socio-political commentary.

Justin Benson and Aaron Moorhead, known as Moorhead&Benson, are the co-directing team behind the 2014 TIFF favorite SPRING, the sci-fi cult hit THE ENDLESS, and the Tribeca Film Festival sleeper success RESOLUTION. The filmmakers were included in VARIETY’s “Ten Directors to Watch” list and have been publicly praised by Guillermo Del Toro and Richard Linklater. They wear as many hats as possible on their own films: writing, directing, producing, cinematography, editing, even visual effects. THE ENDLESS, in which they also starred, was named by Rotten Tomatoes as being among the top 20 best-reviewed films of last year, and the most critically acclaimed genre film of 2018.