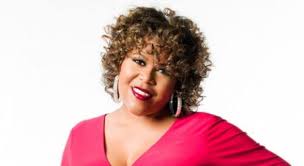 Sybil Wilkes was featured in our 2015 “Celebrating Women of Color in Media” Magazine.Sybil Wilkes helps to wake up over 8 million people as the co-host of the nationally syndicated “Tom Joyner Morning Show.” She’s an original member of the show, initially joining as a news anchor. Wilkes is considered “the voice of reason” alongside show host Tom Joyner and co-host J. Anthony Brown. Wilkes began her career in 1985 as a production assistant at WKQX in Chicago. She then began her background in news at WINK-AM/FM, Fort Myers, Florida; WRCC-FM, Cape Coral, Florida; and WCKZ-FM, Charlotte, North Carolina.She then joined WGCI-AM/FM, Chicago, as a talk show host and in 1990 became a reporter for Chicago’s Shadow Traffic Network. While with Shadow, Wilkes delivered morning and afternoon drive traffic updates, and worked as one of Tom Joyner’s WGCI-FM sidekicks. Wilkes has numerous honors including The President’s Award from the NAACP Image Awards, and an honorary Doctorate Degree from Bennett College in Greensboro, NC. Most recently, Wilkes has become a national ambassador for the Susan G. Komen Circle of Promise Campaign. She resides in Dallas, Texas.By Jamillah MuhammadWOMEN OF COLOR IN MEDIA: Considering many of our urban-based formats (urban mainstream, UAC, urban oldies, gospel) target a heavy core of women, do you believe radio currently does a good job of reaching that goal?SYBIL WILKES: Urban radio is doing a better job of targeting and serving the female listener but it’s a process. Every company varies and differs in making the female a priority. Companies like Radio One devote entire programming efforts to salute and court the female listener with annual Women’s Empowerment Expos, etc.It’s also an exciting time to see more women being promoted to real decision-making positions. Those who are actually living and experiencing similar activities as their listeners (and employees) are programming for them as well. That makes such a difference!Do you believe there is a benefit to being a woman in your current role?  Or do you feel a male can be just as successful in your current role today?  Is there a difference in the approach?Working with an Alpha Male like Tom Joyner AND an Alpha Male like J. Anthony Brown, it helps to have a female perspective. I may not always express the exact sentiment of every female listener but it’s necessary to have some estrogen in the room. And while there may be some male co-hosts with more estrogen than I have, it’s never going to be the same.Name three (3) things that are essential to being successful in the radio business today.Preparation, persistence, flexibility, thick skin, side hustle, and a great support system…that’s more than three but all essential.Is there one person in the radio/record/music business today you would like to trade places with for one day?I would love to trade places with Madame Cathy Hughes!  She has experienced every segment of the radio business – every high and low – and she is still standing tall. What a view! What an opportunity that would be. Then I’d take what I learned that day and, along with what I’ve learned from Tom Joyner over the last 20 plus years, invest or buy a radio station in Hawaii….Aloha!What advice would you give a young female looking for a career in the radio industry today?Be open, stay true to who you are, never stop learning or trying new things, and have a life outside of the business.If you could say anything to female executives in the radio business today, what would it be?Great job and thank you!What’s it like to work with an icon like Tom Joyner?There is never a dull moment. I learn something new from him EVERY DAY. He has forgotten more than I’ll ever learn about this business. He is absolutely correct calling himself “The Hardest Working Man in Radio.” Every day, he comes to work as a professional athlete. And at the end of the day, not the show, he has given his all.What is your favorite activity associated with the “Tom Joyner Morning Show” (cruise etc.)?While there’s absolutely nothing in the world like the Tom Joyner Foundation Fantastic Voyage, I really love the Tom Joyner Family Reunion. It really is about Family. The Tom Joyner Family welcomes our Radio Families – especially da Kids! I love all the opportunities that are available for the youngsters – fun, educational and entertaining…and the memories are forever!Do you work with young girls by motivating them to be successful? Working and hanging out with children, both girls and boys, is especially rewarding. It’s not always in a formal or structured organization, but I do love it. Many of my relationships with “mentees” go back over 20 years. I do not take these relationships lightly. I warn my young friends, “If you want my involvement, be prepared for me to be all in.”I do take my responsibilities seriously. So much so that, even today, I’m holding off contributing to one young woman’s crowdfunding effort as I wait for some tuition bills and student activity statements to come in.I love working with girls and boys alike. The boys generally range in age from 6 or 7 to 12 or 13. I enjoy seeing them engage with each other in non-threatening situations and talk with them about how they treat each other as well as young girls–today and all the tomorrows to come.Favorite city?Chicago…in the summerFavorite vacation spot?LondonFavorite book?Favorite Book, seriously? You know I can’t narrow that down!Favorite quote?It’s from my late mother: “And that’s why God made erasers!” In other words, “Don’t be afraid to make mistakes.” This from a woman who married 4 times!