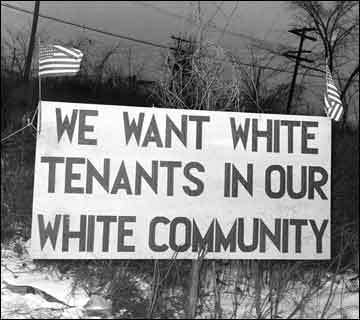 Don’t let the sun set on you in a sundown town. That’s what signs at the city limits of all-white communities warned when African-Americans were not allowed to live there or even visit after the sun set. This method of exclusion was often held by an official policy or restrictive covenant-. The practice of excluding blacks from American towns was so prevalent that, by 1936, it became the impetus for Harlem civic leader Victor Green to pen the Negro Motorist Green-Book, a guide designed to help African-American travelers avoid places where they could be harassed, threatened, or even killed. Today, it is illegal for sundown towns to exist on paper due to the 1968 Fair Housing Act, but some believe that communities remain sundown by reputation and reluctance to diversify. In the fourth installment of Investigation Discovery’s Black History Month anthology THE INJUSTICE FILES, filmmaker Keith Beauchamp takes a cross-country road trip to explore whether these exclusionary practices still exist today. Produced exclusively for Investigation Discovery by Al Roker Entertainment, THE INJUSTICE FILES: SUNDOWN TOWNS one-hour special premieres Monday, February 24 at 8/7c.

“We are thrilled to work with Keith Beauchamp, one of America’s leading investigative filmmakers, and the revered team at Al Roker Entertainment on this fourth installment in the INJUSTICE FILES anthology, which has built a reputation for exposing unresolved Civil Rights cases and modern-day discrimination,” said Kevin Bennett, general manager of Investigation Discovery. “We hope this special draws attention to racial discrimination cases that deserve closure and inspires viewers to push for progress on civil rights issues that are affecting their hometown communities.”

“It is unbelievable to find that sundown towns may still be a reality in the United States,” said Al Roker, CEO of Al Roker Entertainment. “We appreciate the opportunity to work with Investigation Discovery to shed light on a situation that many people don’t even realize could be in their own backyards.”

“When we set out to film THE INJUSTICE FILES: SUNDOWN TOWNS, my objective was to challenge the opinion that sundown towns still exist in America today. Can African-Americans really travel wherever they please in this modern America?” Beauchamp said. “Now having visited communities that were historically known as sundown towns, I am left with the sense that rules may have changed by the book, but towns still exist where the social standard hasn’t been reset.”

Beauchamp explains that sundown towns are largely a northern phenomenon born from how African-Americans in the region typically made their living. Work largely consisted of daytime domestic responsibilities and thus nightly curfews were created to encourage African-American workers to leave town promptly at the end of their shift. THE INJUSTICE FILES: SUNDOWN TOWNS travels to three historically-sundown towns in Indiana, Illinois, and Ohio: