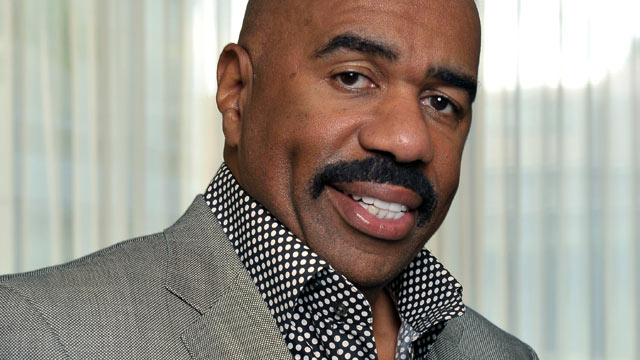 Steve Havey has been having a really hard time lately with his reputation. His remarks about Asian men not being attractive to white or black women got him in hot water with the Asian community then almost directly after that he visited Trump at Trump Tower in NYC in an attempt to position himself as the rep for the black community, creating a line of communication about the problems with violence in Chicago. The result was ire from the black community. Shortly after that, Harvey sued (and won) to halt the release of video footage from his comedy days in the 90s where he allegedly asked audience members to “spit on white people.”  Harvey claimed the videographer had been trying to embezzle funds from him for years not to release the footage.Harvey also canceled his successful Neighborhood Awards after an alleged disagreement with a former business partner and the catalyst to a majority of Harvey's major successes, Rushion McDonald. Next, while hosting the recent Miss Universe pageant Miss Columbia revealed that Columbians hate Steve Harvey. As if that wasn't enough, Harvey is ethered in a recent viral video by comedian Tony Rock questioning why Harvey is the “oracle” relegated as a “relationship expert” while on his third marriage whose current wife, Majorie, was the mistress to his previous wife.Sources close to Harvey tell us that he is deeply DEEPLY bothered by his current reputation and that point is proven by him being in talks with Judy Smith, an expert who the show Scandal is based on, in an attempt to rebuild his sordid public perception.  We have also learned that Harvey will relocate his radio show from Atlanta (a literal mecca for Black radio stations) to Los Angeles (with very limited Black radio outlets) in May. This would give his show a greater advantage over getting more exclusives and a better chance that he will actually be in the studio since he is rarely in the studio in Atlanta. Harvey's show is run on Los Angeles' KJLH. The station, a huge integral market affiliate to help secure advertising for Harvey's show, was very close to dropping the show on a couple of occasions before Premiere Networks, a Sherman Oaks, CA-based company that does not support the black music and radio industry, basically gave them the moon to keep it on. When Harvey took over mornings at many stations across the country, many black radio professionals lost their jobs but Harvey's show is not promoted by anyone from the black music industry in return, which he is well aware of.According to the New York Daily News, Harvey is concerned that true radio icon and competitor Tom Joyner is using Harvey's poor reputation issues by urging listeners who are angry with Steve to “come on back home to me!”

Ryan Tannehill on why he’s been so good and what it’s...

Is Benny The Butcher’s ‘Burden of Proof’ Album of The Year?...