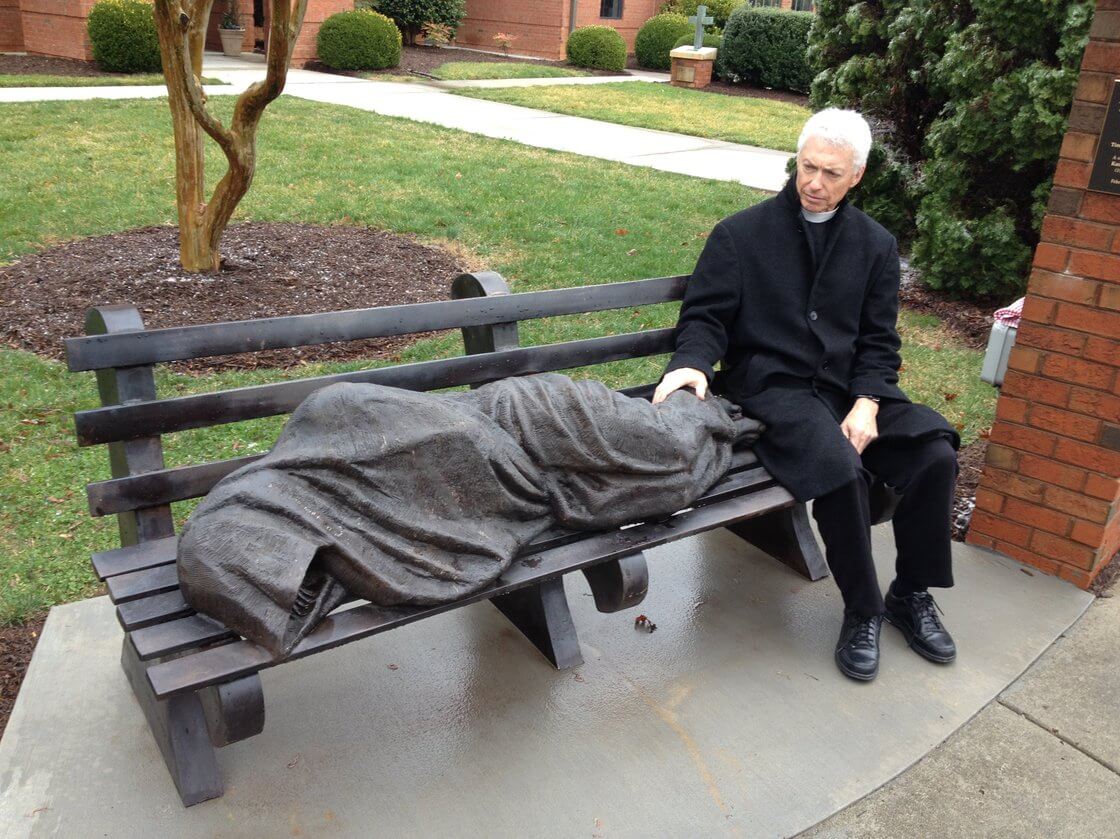 This certainly could be the greatest indication of how far the wealthy are removed from the plight of the impoverished. A statue depicting a homeless Jesus sleeping on a park bench at St. Alban’s Episcopal Church in Davidson, N.C is also in the middle of an upscale neighborhood filled with well-kept town homes. The statue depicts Jesus trying to keep warm from the cold as he is covered with a blanket. The crucifixion wounds are evident on his uncovered feet. The community’s reaction was immediate and mixed.

One wealthy woman from the area actually called the police on the statue of Jesus the first time she drove by, She thought it was an actual homeless person. Another neighbor, who lives a couple of doors down from the church, wrote a letter to the town newspaper stating “It creeps me out.” One is left to ponder is it the statue that creeps him or is it the prospect of his own homelessness.

Some neighbors even expressed that the art is an insulting depiction. The statue’s purchase price was $22,000 as a memorial for a parishioner. Rev. David Buck, a 65-year-old Baptist-turned-Episcopalian not at all affected by the controversy states.. “It gives authenticity to our church,” he says. “This is a relatively affluent church, to be honest, and we need to be reminded ourselves that our faith expresses itself in active concern for the marginalized of society.” source NPR Radio