Emmy® Award-winning casting director and talent executive Robi Reed held her legendary end-of-summer event, “Robi Reed’s 12th Annual Sunshine Beyond Summer Celebration” – The Day Party With A Purpose benefiting The Reed For Hope Foundation, on Saturday, September 13, 2014 at the opulent estate of philanthropist and healthcare entrepreneur Lorna Johnson in Beverly Hills, California. As one of the most highly-coveted invites in the entertainment industry, Reed brought together a select, diverse group of over 300 influencers, ranging from Hollywood insiders and business executives to community leaders, close friends and associates, for a fundraiser unlike any other.
The special event was hosted by actress/model Eva Marcille (“America’s Next Top Model”) and actress/comedian Kym Whitley (OWN’s “Raising Whitley”), with music spun by DJ Tendaji Lathan and special musical performances by singer/songwriter Goapele and the Hidden Beach Experience featuring Unwrapped performing jazz instrumentals of hip-hop hits. Guests enjoyed champagne and Red Bull cocktails and a delicious healthy food menu prepared by celebrity chef Judson Todd Allen.
Reed had many reasons to celebrate this year, including her birthday weekend, recent membership in the invite-only Academy of Motion Picture Arts and Sciences, and a successful second year of her non-profit organization, the Reed For Hope Foundation (RFHF), which focuses on health, wellness and disease prevention. RFHF’s Love Healthy campaign is aimed to initiate meaningful conversation about how influencers can use their social currency to affect public attitudes about health disparities, disease prevention, and general wellness. RFHF is extending the Love Healthy Tour next year, which launched in 2013-14 in target markets around the country and with activations on HBCU campuses, encouraging everyone to get screened for HIV/AIDS, sickle cell, diabetes, blood pressure, stress, cholesterol, and breast cancer. Other RFHF initiatives include building wells for clean drinking water in Africa and a documentary film produced by Will Packer (“Ride Along,” “Think Like A Man Too”) about sickle cell anemia, which has personally affected Reed’s family members. 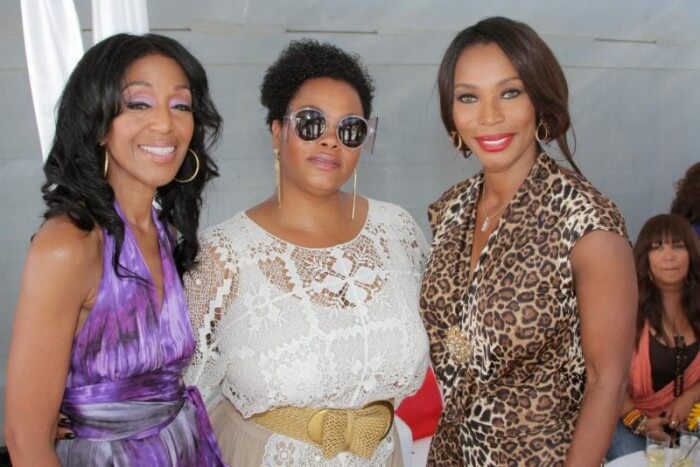