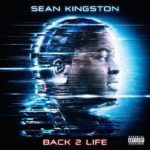 Sean Kingston is back, and after recovering from a devastating accident in 2011, he’s back stronger than ever. He’s already been enthusiastically welcomed; when it came time to record the album, Sean’s friends T.I., Wiz Khalifa, Chris Brown, Yo Gotti, Wale, Busta Rhymes and 2Chainz all showed up. Produced by Jonathan “J.R.” Rotem, Red One (who produced Fire Burning) and new producers Nic Nac, “Back 2 Life” is a fiercely innovative album that shows off Sean’s talent as a singer as well as his songwriting skills.

“Back 2 Life is a really honest reflection of where I’m at in my life right now,” Sean says. “I knew I needed to address some difficult things on the album, but my goal was to do it in an upbeat sort of way.”

Back 2 Life is now available for pre-order on iTunes. The multi-platinum superstar will release the album on September 10 th with a full schedule of TV appearances, to be announced.