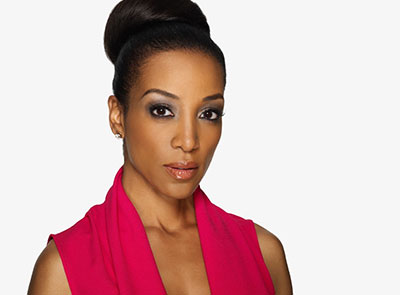 “I’m so excited to announce the launch of a dream come true!” says veteran journalist Shaun Robinson. The S.H.A.U.N. Foundation for Girls was created as a grant-making foundation that will support grass-roots non-profits that focus on one of five key areas of girls’ issues. Using the acronym of S.H.A.U.N., the foundation’s divisions are: (S)TEM, (H)EALTH (A)RTS (U)NITY and
(N)EIGHBORHOODS.
Logo – https://photos.prnewswire.com/prnh/20160620/381388LOGO
“I want to cast the net wide to empower girls in ways that will truly level the playing field and help them thrive. Investing in girls today creates leaders of the future,” says Robinson.
The foundation’s multi-faceted mission will focus on awarding grants to organizations that get girls involved in STEM education; help girls lead healthier lifestyles – physically and mentally; promote positive images of young women in the Arts; unify girls in the U.S. with girls across the globe; and improve the lives of girls and young women in underserved neighborhoods.
“I was inspired by the Bill and Melinda Gates Foundation,” says Robinson. “The S.H.A.U.N. Foundation for Girls will work to reduce the inequities that hold girls and young women back and seek creative solutions through partnerships with non-profits who are truly making change. We will use our resources and influence to forge new paths for girls to believe in themselves and dream BIG!”
One of the first initiatives of the S.H.A.U.N. Foundation for Girls will be a partnership with a Detroit-based non-profit, which has already been identified and will be announced in the coming weeks. The organization was chosen, in part, because of its track record helping some of the city’s most disadvantaged girls and young women.
“I felt it was important to start in my hometown. Detroit is the place of my roots and this way that I can continue to give back to the city. I will be excited to shine the spotlight on our first grantee that exemplifies our commitment to helping our girls,” says Robinson.
In 2009, Robinson released the best-selling book, ‘Exactly As I Am: Celebrated Women Share Candid Advice With Today’s Girls On What It Takes To Believe In Yourself’. The successful book included entries from a range of inspirational women like Oprah Winfrey, Diane von Furstenberg, Alicia Keys and Olympic swimmer Dara Torres. This project provided empowering messages to teen girls for them to feel validated and encouraged to find their life’s journey. This project was the impetus for Robinson to create her foundation and provide a platform for opportunities to girls and young women.
“I am looking forward to people joining me in my mission to help girls and young women forge a path for an extraordinary future!” says Robinson.