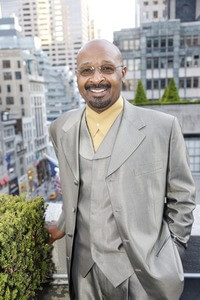 How can you market your skills to get the attention of major corporations, your boss or even a potential client? How do you broker great deals and ensure long term income and work on a great retirement for yourself? We are honored this week to have as a guest the man who has brokered blockbuster deals for superstar entertainment Mogul Steve Harvey. Harvey’s seemingly meteoric climb up the ladder to success was based on true talent a great plan and surrounding himself with the right people.

Those in the music industry are very much aware of Rushion’s McDonalds position as the man who has brokered major deals for Steve Harvey including his first major radio agreement with Radio One in Los Angeles, Steve’s current deal with Premiere/IHeartmedia for the nationally syndicated Steve Harvey Morning show. Rushion also brokered deals for Steve’s best selling books Act Like a Lady, Think Like a man, Straight Talk No Chaser, he is responsible for brokering the deals for the hit movies based on the books. He helped to negotiate the deal with Family Feud and many more deals along with Attorney Ricky Anderson when Steve and Rushion decided to become business partners over 20 years ago. In this podcast Rushion gives great advice and points out many mistakes people make in the process of attempting to reach their goals as well as his best advice to avoid pitfalls. I greatly hope that you walk away from this great segment of The Volume 32 Radio Show more equipped for success. We’re featuring one of the most respected men in the industry, the multi talented, creative brand liason and broker Rushion McDonald.