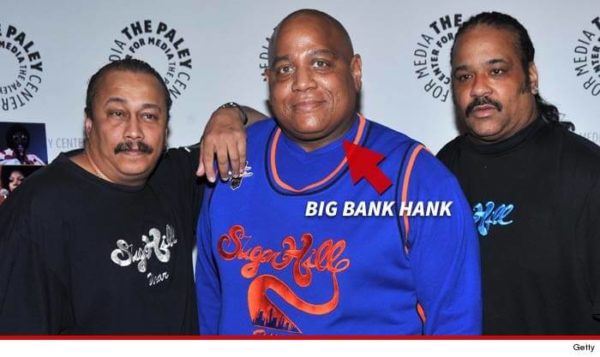 The rap community as well as the music industry lost one of the great pioneers early this morning. Big Bank Hank, 57, died of cancer this morning. He was a member of the Sugarhill Gang and he was a member of one of the first groups to be signed with an independent record label and be promoted nationally with their smash 1979 hit Rapper's Delight. The song was also the first rap song to be played on Black radio stations across the nation. The late Sylvia Robinson was the founder of Sugarhill Records when she noticed that kids were going crazy for the relatively new genre of music in 1979 and she cashed in on it, literally according to some groups from the label who stated the Robinson family did not disburse the income from their smash hit records to the artists fairly. source TMZ