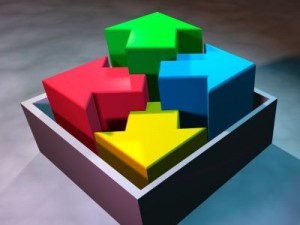 I can’t tell you how many independent artists and companies approach me to advertise on the RadioFacts site each week. Many come to me as a last resort after they feel that they have been ripped off and they have no budget left. This is most unfortunate because there is nothing that I can do for them at this point. Nevertheless, they could have saved themselves time and money if they had truly considered their options from gate.

Radio is still considered the holy grail for any artist to get exposure. While radio is certainly significant, in this modern age of internet technology and the ability to market one’s product to a worldwide audience… it’s a grave mistake for an older or independent artist to consider radio as their only option.

Radio playlists are tighter than ever and urban and urban AC radio has little room for new projects because the station is inundated with syndicated programming during prime shifts and the station’s playlist is constantly being reviewed by the corporation, consultants and more. Programmers are under a lot of pressure and it is much easier to explain Beyonce than a new song from The Dazz Band for consideration in 2011.   There are some people in the industry who are of of the mindset that it is better to ignore or tell a lie to an older or independent artist who was once on a major label, when it comes to giving their record significant spins on the radio station, than to simply tell the truth:

It is even worse for the artist when the station is appearing to be deceptive and has the artist come do a show for the station (at the artist’s expense) in exchange for putting the new project on the air then only giving it a few spins (13 at the most so that the record will not be considered an official “add” by BDS at 14 spins). Is the station really being deceptive? From the station’s perspective…not at all, the artist is getting a chance to preview new music in front of a significant live audience and the record IS being played, while limited, on the air. That should at LEAST count for something and be worth the trip to the market, all expenses paid, by the artist. From the artist’s perspective, that budget and expense, when it’s all said and done, could have been spent on something else. They have no results! No sales, no significant airplay… nothing! Nevertheless how can the older artist turn down the opportunity to present new music to old fans (who really want to hear their old music)? It’s a catch 22… or is it?

Artists like Anita, SADE, Eric Benet, Maxwell and a few others who are now considered “Adult” (close to or over 40) can weather the current Urban AC tight playlist storm, partially because they are all still on major labels and even after long breaks, there is still an anticipation for their new music so there is indeed a market for older artists and new music but what about the hundreds of other older artists with new music who want a chance to be heard too? The opportunities on radio are as slim as their opportunity to get a new record deal on a major label and many older artist opt to create their own labels or they sign with very small independent labels who don’t often have the much needed budgets to promote their music and when they do have a budget, they have often gone with the wrong promoters who can’t do what they have promised or the promoters have ripped them off. A true promoter can hear a record and KNOW how much work it’s going to be to get it played but it’s an incredibly tight market for them too, it’s fairly common for promoters to make promises they won’t be able to keep after they are hired. This is not to say there are not great promoters out there. I know a few very well but for the older or independent artists, who feels they have been ripped off by one single promoter, they now think ALL promoters are shady and then they make the new promoter pay for what the last promoter did by watching the new promoter like a hawk and wanting everything for nothing to prevent themselves from being ripped off again. The shoe is now on the other foot and the promoter feels like he or she is being ripped off and they are right.   The artist is wasting their time as no promoter is going to work under those conditions, then the artist feels they have been ripped of again and all of this could have been avoided by doing a little homework and making some calls. The promoter wants half or a significant amount of the budget for the project up front and that’s understandable. Some artists make the gravest mistake of all when they try to promote the project themselves.   YIKES! A gospel artist once told me the worst think any singer can do is try to promote their own project, they are SURE to get ripped off and used and they HAVE to have a middleman to handle negotiations and to be the fall guy when things go awry.

If an older artist comes out with a project, even if it’s good and it’s not on a respected label, there is a very good chance it will get limited airplay and never chart, which is probably better than charting at a very low number after the older artist has spent a significant amount of money to promote the project. This can’t be good for the ego of once successful artist who is accustomed to having radio cater to their new projects.

Labels are extremely keen on what Radio wants and will play.. does that make them experts? No, there is a possibility that an older artists can not only chart but also have a smash hit. Tina Turner was all but a joke in the early 80s when Capitol took a chance and signed her and she had the biggest album of her entire career. She was over 4o at the time, so it IS possible but since those days a LOT has changed in the industry. Consolidation killed the mom and pop outlets that could take a chance and play older artists in smaller to mid sized markets and “build” a record.   The options for older artists now are very slim…. ON THE RADIO

There are limited options when it comes to commercial radio for older artists, Smooth Jazz is all but dead and many agree it was never really a “format.” Luther Vandross and Marvin Gaye were not jazz artists, not even smooth jazz artists, but that format was struggling for years because the audience needed much more than a diet of Kenny G and Najee remaking “smooth jazz” versions of popular hits by major artists. So they had to improvise, even if it meant stepping (way out) of the realm of what would be considered ANY kind of jazz…. and they failed miserably. The audience was not that stupid. This format did create space for older artists with new music to their credit but now that the format is dead, more doors have been closed. Ironically, the smooth jazz format works very well online probably because it’s TRUE smooth jazz. There is and has always been a TON of TRUE smooth jazz artists that never saw the light of day on commercial stations because their names or music was not familiar or popular. That, however, makes no difference with formats online who are not so ratings and advertising driven

I have heard some great projects from older artists on independent labels but the question becomes is there a radio audience for them? Many programmers will agree the music industry has ALWAYS been youth-driven and they have always been the ones considered the MOST important target. They buy the most product and the make the biggest stars out of current celebrities. They live the lifestyle that caters to current music. They go to clubs, they go to concerts, they watch videos and award shows and read news about current artists.   Older demos are too busy working and raising kids amongst other things to do more than buy an occasional project or go to an occasional concert when time permits, it is determined. Older audiences don’t deal with the angst of falling in and out of love as many times as younger demos and older audiences will go to a show but only occasionally to hear music from an older artist but they want a stroll down memory lane and to hear the music they remember from 20 years ago. So how can a older artist remain relevant and maintain a level of creativity?

One of the most ignored mediums and probably the most valuable for an older and independent artist is online marketing. Some older and independent artists swear by it and have all but written off radio. Older artists should really consider hiring an internet marketing consultant to market their product. The consultant MUST BE familiar with the demo the artist is trying to reach on sites and blogs where their target audience resides. This elimnates all the politics of working with radio and gives the artist a DIRECT opportunity to sell their product via point, click and buy marketing. How likely is it that a a 45-year-old woman who hears a new song by an older artist while driving home from work in her car on the radio is going to run in the house, past the mail, past her kids, past cooking dinner and past relaxing after a long day’s work…   to go online and find a site selling the single to buy it? There is a great chance that within an hour she will forget about it.. but rarely if it’s a situation where she can click, hear and buy it right there.   The buyer is not concerned with who is doing the distribution or what label the project is on or who the independent promoter is or what kind of reputation they have because this method connects the buyer TO the music period. In addition, the link can lead them to more of the older and indepenent artist’s material. I don’t see many older and independent artists taking advantage of this huge opportunity that would cost them a lot less and could be much more effective. This medium is still uncharted territory for many older and independent artists but it’s certainly one to be considered.

Cops Called Out By Students Due to Lack of Emotional Connection | Let’s...