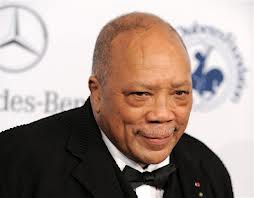 Quincy Jones is definitely not letting his age stop him from being the innovator he has always been. Outside of producing his young pop group “Blush,’ the renowned producer says he has co-created the music version of Rosetta Stone. The 79-year-old composer-producer launched a new music education application Tuesday called Playground Sessions, which teaches users how to play the piano. He said the app will help children and adults learn how to read music and understand the mechanics of piano playing.”There’s such a need for this. The concept is brand-new. I have been praying for this for a long time. It has a learning concept similar to Rosetta Stone. I’m blown away by this,” said Jones in in interview last week.Playground Sessions is a musical app with real-time feedback and video tutorials from pianist David Sides. It app features about 70 popular songs by artists such as Justin Bieber, Beyonce, Katy Perry, to Frank Sinatra.Jones hopes Playground Sessions will have an impact on music education programs in schools around the world. One of first schools that will use the app is Jones’ alma mater, Garfield High School in Seattle. “Our kids in this country know less than any other country, we need something like Playground Sessions to push us forward.”Chris Vance, who co-created the app and founded Playground Sessions, got together with Jones a little more than a year ago after working on the application for three years by himself. He said Quincy immediately saw a vision for the product and wanted to make learning music a fun experience. Vance also said Sides was an easy pick when he was selecting a pianist for the project. Jones calls Sides a very talented piano player who has an engaging personality.This sounds pretty interesting actually. Could you see yourself using this app?