An absolute disturbing and shocking video of a white male victim, Daniel Shaver, being murdered by a police officer in Meza, AZ in 2016 in what appears to be an extremely aggressive and extremely forceful arrest at a hotel where the commands that former officer Philip “Mitch” Brailsford was giving Shaver were almost identical to playing some sort of body contortion game that was impossible to do. The instructions were certainly over the top and almost impossible to follow. 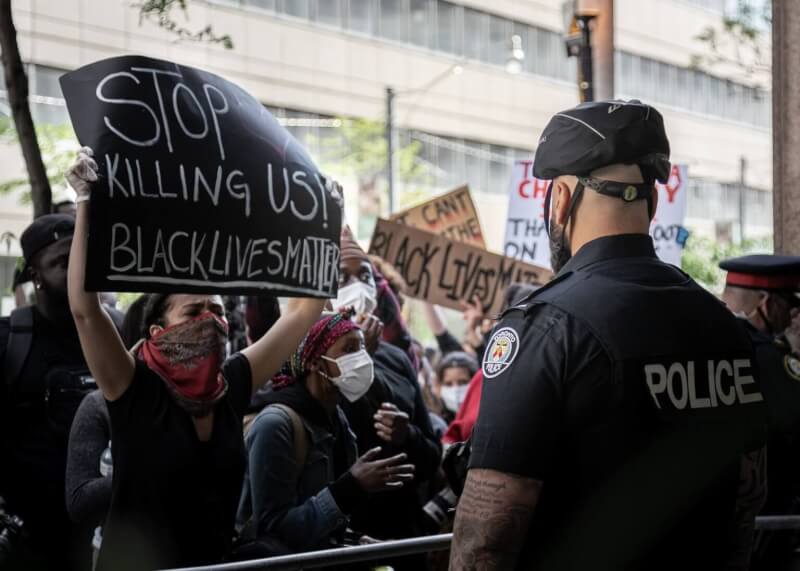 Shaver, weeping and begging for his life, was terrified then he was executed within a few minutes after the video started by Brailsford (see video below). Brailsford was initially charged with murder then acquitted, no surprise there, but the most shocking part is he was temporarily rehired a couple of years later so that he could collect a $31,000 pension for life. Anyone watching the video would see this was certainly extreme, disturbing and questionable excessive force.

While the video made the rounds in 2017 after it was finally released by a judge, the Shaver’s family ended up getting a multi-million dollar settlement. In light of similar recent events with police and excessive force, New York’s Gov. Cuomo has placed an ultimatum on the table for the New York police department by demanding that they come up with their own reforms in order to prevent state funding cuts by next April 1st.

This is an effort to reform the police because of the non-existant trust between the black community and the police departments nationwide. Gov Cuomo is hoping other Governers follow suit.

What’s interesting is even though this video is extremely disturbing on all levels, it is drawing ire from several black participants on social media who think these cases are extremely rare when compared to police brutality with black victims in the US. The black people who are posting the videos say they are doing so to create awareness that this is not just a black problem, but they are often hit hard with responses about the need to stay laser-focused on the extremely poor relationship with the black community and the police.

Some of the comments have been: “You see the strategies that are being implemented right now? These are not based on the complaints of any white abusers, these results (which will continue) are based on the fact that these politicians are afraid of the blacks and youth of this country burning it down and having a physical government revolt. So you’re welcome to sit back and signify videos of cops abusing white people if you like but the response is based on the demands of abused black people.”

“Their blatant disregard for black and brown lives is well documented and has unfortunately been around since their very inception, man. Not sure what your intentions were by posting this??? Are there bad cops who are just complete and total pieces of ? who are trigger-happy? SURE!!! That said, it does not negate the fact that there is indeed a systemic issue that disproportionately endangers people that look like YOU and ME!!! THAT’S the issue we’re collectively confronting here. Both of these realities can coexist. If you’d like to discuss this further, hit me…in the meantime, I’d ask that you stay focused on this issue at hand. This is an example of ‘classic whataboutism’ and it only serves as an untimely distraction…“

A black poster who posted one of the video stated. “I was simply reposting one of my posts. My objective for this post was additional awareness to my non POC contacts to onboard them to the bigger picture. We need everyone fighting the fight on al fronts IMO on BLM front on police law reform front etc.

I’m simply exposing people to what’s really happening out there and sometimes people see it clearer and it resonates faster when they see themselves in the situation and in this case it happens to a white male instead of a black male. Just keeping the momentum going”