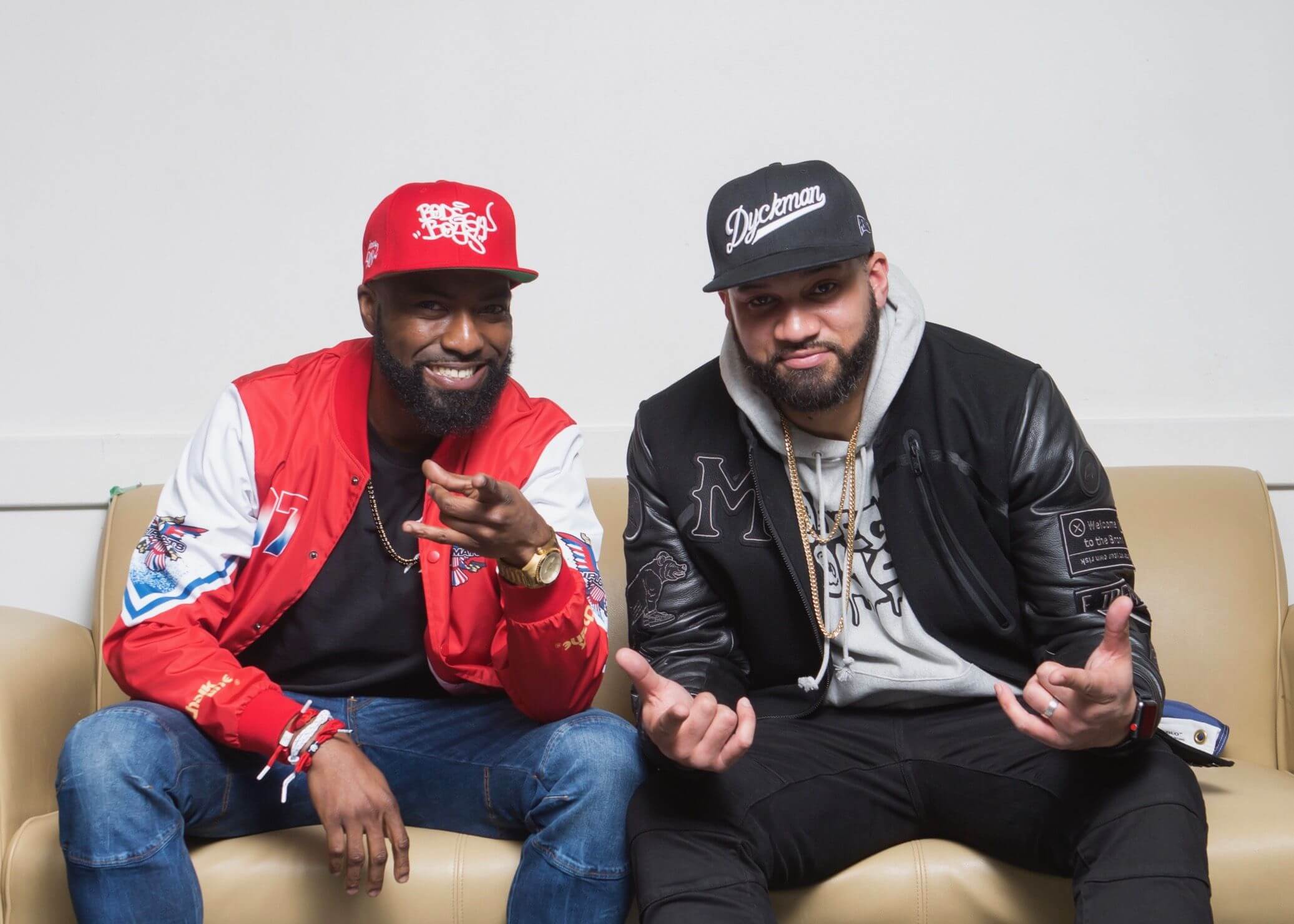 Photo: Seth OlenickSHOWTIME has ordered a weekly half-hour late-night series starring Desus Nice and The Kid Mero, scheduled for premiere in 2019. The first ever weekly late-night talk show on SHOWTIME will feature popular TV and podcast personalities Desus and Mero, speaking highly off the cuff and chatting with guests at the intersection of pop culture, sports, music, politics and more. The announcement was made today by David Nevins, President and CEO of Showtime Networks Inc.“We have waited a long time to enter the talk-show space, and we were only going to do it if we felt like we had the next big thing,” Nevins said. “Desus and Mero feel like exactly that: They have knockout comedic voices, they’re brilliant interviewers and they always have a unique take on culture both high and low. They have a loyal and devoted fan base that will only multiply, and we can’t wait to see them take it to the next level on SHOWTIME.”“We’re honored and excited to be joining the SHOWTIME family,” Desus Nice said. “The brand is stronger than ever and we look forward to continuing to make amazing authentic television that will make your wiggington explode.”Added The Kid Mero: “I’m excited to be joining a network with such a strong foundation and track record of producing fuegooooo and to break new ground with a late-night comedy show!”Longtime acquaintances Desus (Daniel Baker) and Mero (Joel Martinez) reconnected online in the early days of Twitter, where they unleashed their potent personalities and found themselves kindred spirits. That led to a groundbreaking podcast that the rising stars turned into the weeknight talk show Desus and Mero, developing a feverish following. Bringing a distinct voice to late night, Desus and Mero talk spontaneously about anything and everything – including the toughest topics – but laughs are first and foremost on their agenda. The comedians have also appeared in Uncommon Sense, Joking Off and Guy Code, while continuing to host the Bodega Boys podcast.Produced by SHOWTIME in New York, the show will be executive produced by Desus Nice and The Kid Mero, and Victor Lopez.Showtime Networks Inc. (SNI), a wholly owned subsidiary of CBS Corporation, owns and operates the premium television networks SHOWTIME®, THE MOVIE CHANNEL™ and FLIX®, and also offers SHOWTIME ON DEMAND®, THE MOVIE CHANNEL™ ON DEMAND and FLIX ON DEMAND®, and the network’s authentication service SHOWTIME ANYTIME®. Showtime Digital Inc., a wholly-owned subsidiary of SNI, operates the stand-alone streaming service SHOWTIME®. SHOWTIME is currently available to subscribers via cable, DBS and telco providers, and as a stand-alone streaming service through Apple®, Roku®, , Google, Xbox One, Samsung and LG Smart TVs. Consumers can also subscribe to SHOWTIME via Hulu, YouTube TV, Sling TV, DirecTV Now, Sony PlayStation™ Vue, Channels and FuboTV. SNI also manages Smithsonian Networks™, a joint venture between SNI and the Smithsonian Institution, which offers Smithsonian Channel™, and offers Smithsonian Earth™ through SN Digital LLC. SNI markets and distributes sports and entertainment events for exhibition to subscribers on a pay-per-view basis through SHOWTIME PPV. For more information, go to www.SHO.com. Desus vs. Mero, Late-night talk show, Showtime, The Kid Mero

Everybody Was on the TLC Tip at The Venue