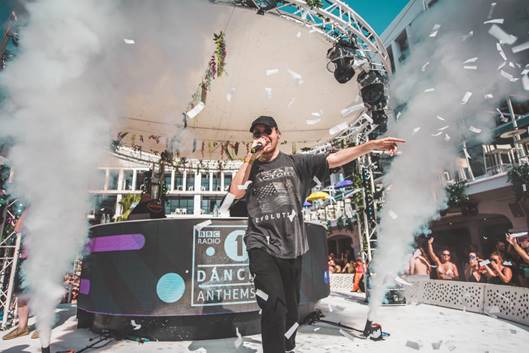 Joshua Grimmett, better known as artist Josh Good, is the voice and one of the writers behind this year’s global hit Meduza ft GOODBOYS, Piece of Your Heart, a track that has gained Multi-Platinum and Gold certifications across 25 countries, more than one million sales in the UK, reached Number 1 on Global Radio’s Big Top 40 and Number 2 in the Official UK Chart. He is the latest talent to secure a place on PRS for Music and Sony/ATV Music Publishing’s annual Dance Music Songwriting Camp, taking place 14-15 October in Amsterdam, in the lead up to Amsterdam Dance Event (ADE).Returning for its third consecutive year, PRS for Music and Sony/ATV’s Dance Music Songwriting Camp, continues to attract the highest calibre talent from across Europe. Previous attendees include Kelli-Leigh, One Bit, and DJ S.K.T.Hundreds of competition entries were judged on the ability to create music of extremely high quality that integrates vocal-driven electronic/dance music, alongside the ability to demonstrate excellent collaborative abilities and technical competence in a studio environmentWinner, vocalist, songwriter and performer, Josh Good, said: “I can’t wait to be in Amsterdam working with PRS and the talented team of writers and producers, I’m so grateful and humbled to have been chosen as the winner of the songwriter competition and look forward to making some hits!”Ash Howard, PRS for Music’s Dance Music Relationship Manager, said: “Once the feedback was in from all the judges, it was unanimous that Josh was top choice and we’re delighted to have him onboard this year along with all the other attendees. We see quality music emerge from every session and lasting professional relationships form beyond every camp. Excited to see what happens this year.”According to IFPI’s latest Music Consumer Insight Report, Dance/Electronic/House music was the third most popular genre listened to globally in 2018, following Pop and Rock respectively.