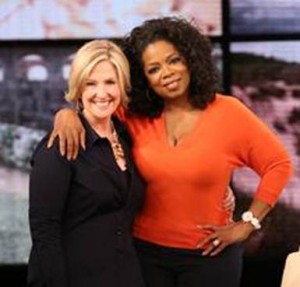 Oprah Winfrey and Dr. BrenÃ© Brown, internationally-acclaimed speaker and New York Times bestselling author of “Daring Greatly,” discuss how what we often consider our greatest weaknesses may actually be our greatest strengths, in an all-new episode of “Super Soul Sunday,” the Emmy ® Award-winning series designed to help viewers awaken to their best selves and discover a deeper connection to the world around them. The episode airs this Sunday, March 17 at 11 a.m. ET/PT on OWN: Oprah Winfrey Network.For the past twelve years, research professor Dr. Brown studied vulnerability, worthiness, shame and courage as a professor at the University of Houston Graduate College of Social Work. During a 2010 TEDx Talk in Houston, she opened up about her own vulnerabilities and her quest to better understand herself. Her story of personal discovery resonated with people far beyond those in attendance, garnering almost eight million views on TED.com. In her new book “Daring Greatly,” Brown examines how the courage to be vulnerable can transform the way we live, love, parent, and lead.New episodes of “Super Soul Sunday” will continue in May with today’s acclaimed authors and thought leaders including a two-part interview with Winfrey’s mentor, Dr. Maya Angelou. Viewers can join the global conversation online via Oprah.com, Facebook and Twitter using #SuperSoulSunday.