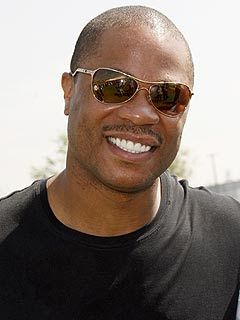 I got info on this last week along with the audio but I just didn’t think it was newsworthy. I mean it came from Xzibit..At any rate the former host of Pimp My Ride (he was actually pretty good on that show) in an effort to spark his name in the press again, admitted that he, Superhead and Diddy went to a bar a few years back per Diddy’s guidance that turned out to be a gay or very open establishment. On the same night, he claimed that Diddy warned him that Superhead is the devil and that she will tell the world on you after she sticks her fingers up your ass (laugh). (For those of you who don’t know Superhead, within the next year, nobody else will either)At any rate Xzibit’s rant on Diddy spread like WILDFIRE over the blogosphere and the NETWORKS followed as they STEAL their leads from Blogs so it got bigger and bigger and now Xzibit has released a statement…In his words, the rapper says despite how the interview sounded, that Å“I have no beef with Diddy, (I can tell right away there is no need for Diddy to buy any toilet paper this month) (laugh). Xzibit claims “My comments were not intended to be malicious in anyway” (I think he meant “any way” nevertheless, years ago I had concluded, when you clean up dog sh…, it still actually smells… like sh…!).. he goes on to say….Å“I wake up this morning and my phone is going nuts. I turn on the computer and find all this sh… about me Å“throwing puffy under the gay bus  ¦ whatever that means” (??? he didn’t ask that last question, did he? Wait there’s more, then he blames the journalists for HIS statements….) Å“All this SPIN that you journalist[s] are putting on the statements I made on a radio show “ to DIRECTLY effect a guy in a manor… not intended “ is wrong.” (OK I know I misspell sh… in RF all the time, I get lazy but does he really mean “affect” and “manner?”Ã‚   In addition, let me make sure I have this right… You say Diddy took you to a gay bar and that he made a statement about Superhead telling the world that she stuck her fingers in your ass if you fook with her… and you are saying people are wrong for concluding that you are implying that Diddy is gay? I don’t…. Whooooooooooooooosh…. what in de FOOK was that? Oh, it was the logic train.. looks like somebody missed it). Want more? here you go…Xzibit goes on to say… Å“I got a call yesterday (which caught me off guard) from Diddy himself, stating the club was an after hours spot called ËœSpaceâ„¢ I believe. The rumor mill that has ground this bullsh… out to be the sh… storm that it is, is doing so on its own accord. Like I said at the top, I have no beef with Diddy. (What do you do in a situation like this when this kind of damage has been done? You learn how to say… “Welcome to Long John Silvers, can I take your order?”)