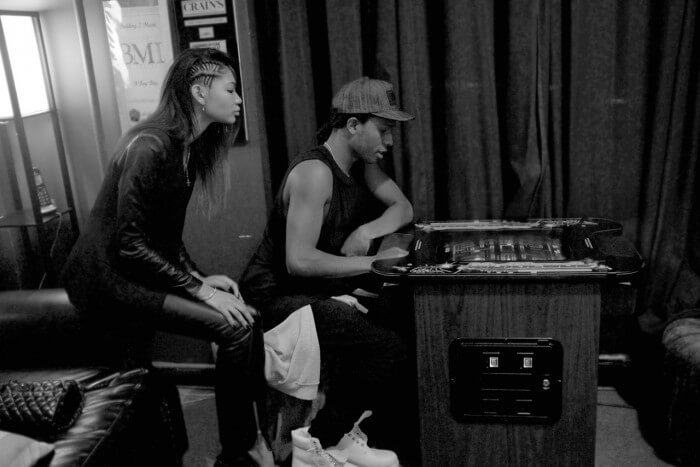 Noisey.com (VICE’s music channel) releases today the fifth and final installment of SVDDXNLY, the feature-length documentary on rap sensation A$AP Rocky. In the final part, Rocky reflects on his success, and spends time with Chanel Iman, Wiz Khalifa, Schoolboy Q, Riff Raff, and Big Sean.Through extensive interviews with the A$AP Mob and their friends and families, SVDDXNLY (produced and directed by Noisey) gives viewers an in-depth, candid look at the lives and careers of rapper A$AP Rocky and the A$AP Mob, documenting Rocky’s journey out of Harlem and into the spotlight.SVDDXNLY is narrated by A$AP Rocky, and features appearances by and interviews with Rihanna, Snoop Dogg, Macklemore, Kathy Griffin, Jeremy Scott, Danny Brown, and more.The film’s soundtrack is comprised of Rocky’s hits along with unreleased music from his upcoming instrumental album titled Beauty & The Beast: Slowed Down Sessions (Chapter 1).SVDDXNLY is directed by VICE’s David Laven, marking his feature directorial debut, and is executive produced by Trevor Silmser, A$AP Rocky, A$AP Yams, Chace Infinite, Suroosh Alvi, Geno Sims, and Bryan Leach. It premiered as an official selection at the 2014 South by Southwest Film Festival, and is the first-ever feature-length documentary from Noisey.com.[youtube https://www.youtube.com/watch?v=ADYKFsFq4Zs&w=640&h=360]