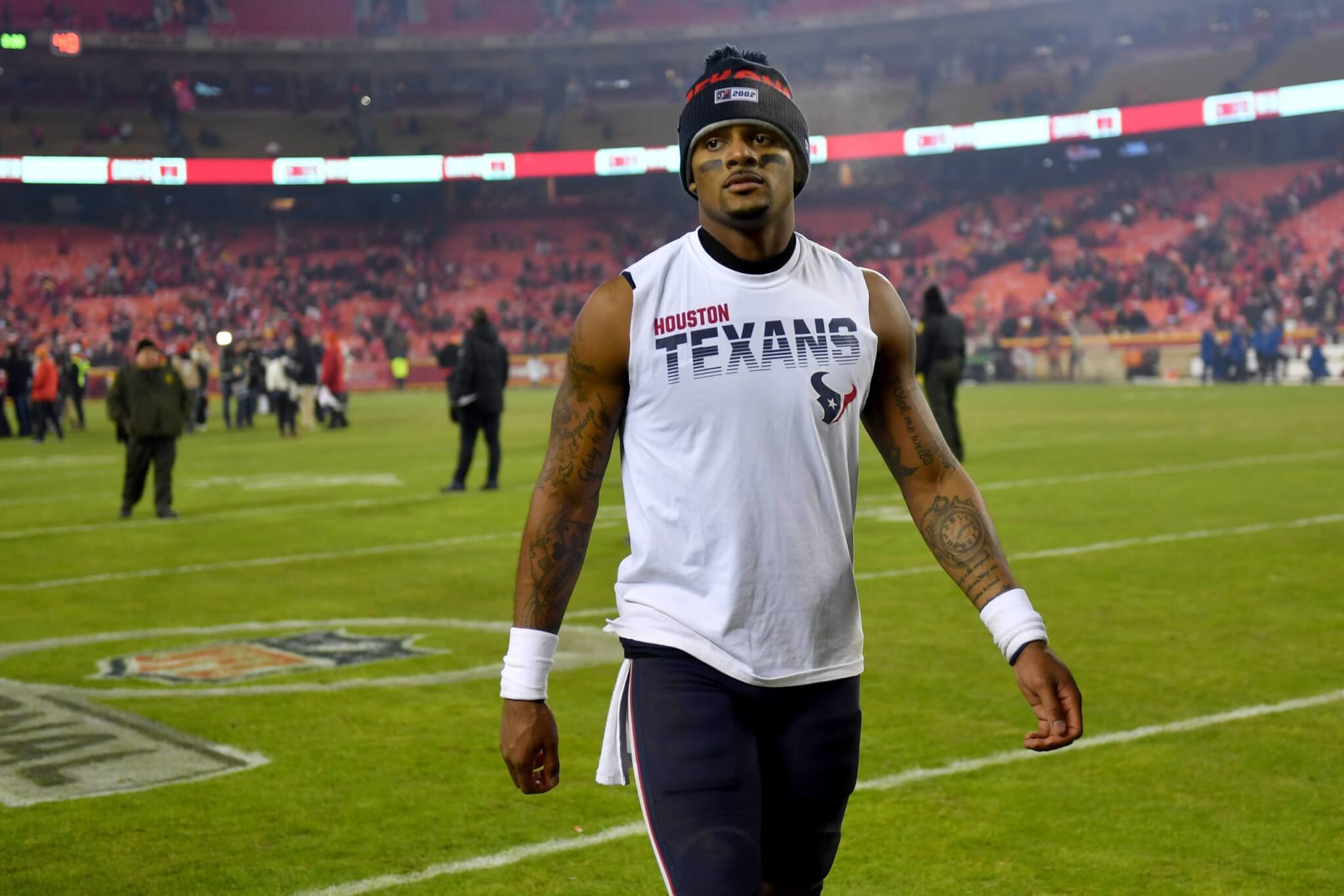 KANSAS CITY, MISSOURI – JANUARY 12: Quarterback Deshaun Watson #4 of the Houston Texans walks off the field after the 51-31 loss to the Kansas City Chiefs in the AFC Divisional playoff game at Arrowhead Stadium on January 12, 2020 in Kansas City, Missouri. (Photo by Peter Aiken/Getty Images)

AFC South features steady vet QBs, a dynamic young QB and a breakout QB. One team is in great position to make it to the playoffs while the other three will need things to fall into place for them.

Houston Texans: health not talent is an issue for this team. Even after the head scratching moves by Bill O’Brien the team could do well if they stay healthy.

Tennessee Titans: They were one game from going to the Super Bowl and plan on using the same formula this year, which includes focusing on the running game with Derrick Henry that will set-up play action for QB Ryan Tannehill. They picked up Jadeveon Clowney to bolster their defense.

Indianapolis Colts: they added Philip Rivers and are in a weaker division. They will need good O-line play for Rivers to be successful and get the team to the playoffs.

Jacksonville Jaguars: Gardner Minshew is the QB and they traded away or released several players to begin their rebuild. Football fans will get to see if Minshew’s play was a fluke or if he can be the QB of the future. There needs to be a lot to go well for them to compete.