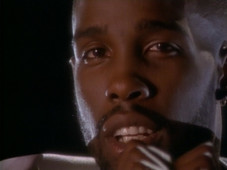 Best known for his hit “I’ll Do 4 U” from his debut album “Father’s Day” in 1990, rapper Timothy Brown, better known as Father MC, is facing allegations that he allegedly brings new, up and coming artists into the studio for $700 per session and gives them tracks he’s allegedly already shared with others.The studio is located in Studio City, CA where the rapper is accused of promising to shop songs for record deals, but allegedly fails to follow up.Father MC’s biggest hit features a backing track sampled from “Got To Be Real” by Cheryl Lynn. He recently re-emerged in 2007 under a new stage name: “Fambody”.No stranger to controversy, Father MC was arrested in New York in 1997 for failure to pay child support, and also appeared nude in the August 1996 issue of Playgirl magazine.