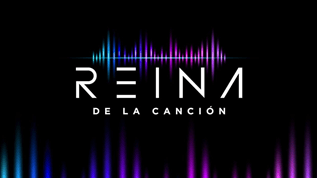 TUNE IN: Reina de la Canción will combine viewers’ love of Latin music with the irresistible appeal of uplifting, empowering stories of women breaking barriers and expanding into genres traditionally dominated by men. The show will be hosted by Univision’s TV personality Alejandra Espinoza and is executively produced by one of the most-listened-to Latin artists worldwide, Daddy Yankee. To find women with voices, talent, charisma, versatility, discipline or what he calls “the whole combo,” the Black music icon has formed a star-studded team, bringing together top stars from the music industry, which includes: a top-notch panel of judges comprised of Urban and Latin pop sensation Natti Natasha, regional Mexican star, singer-songwriter Joss Favela and iconic, timeless tropical music superstar, Olga Tañón; multiple GRAMMY® and Latin GRAMMY® winning producer Sergio George, “El Maestro,” will be the show’s musical director and producer; and the sensational singer-songwriter Pedro Capó will be the co-host and studio house director in charge of the development of the contestants. Produced by Univision Studios.

The first two episodes will cover the audition process where hundreds of women in Miami, Chicago, New York, San Antonio, Los Angeles and San Juan participated in castings. Only 40 of them will be selected to audition in front of the judges who will then pick the top 24 contestants that get to advance to the next stage, “the middle rounds.” These episodes are packed with unforgettable moments, lots of music, emotion, tension and above all, tons of competition. In addition, viewers will meet the 40 candidates, hear their stories and find out why they deserve to become the next Latin music superstar.