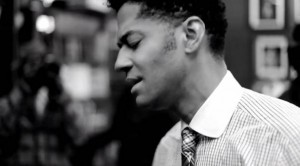 To celebrate Spring and the release of his new remix of “News for You” (featuring 2 Chainz), Grammy nominated singer/songwriter Eric Benet recently stopped by the globally recognized menswear store, The Brooklyn Circus, located blocks away from Brooklyn’s historic Atlantic Avenue, to talk classic style and music with popular fashion bloggers Dapper Lou of www.dapperlou.com, pop critic / writer Miles Marshall Lewis of EBONY.com, KJohn (KJohn La Soul), co-creators of Stuff Fly People Like Rae Holliday & Gabe, as well as Rog Walker of Huffington Post.In this curated fashion video, Eric reflects on how his personal style has developed and matured over the years. After growing up in Milwaukee, he moved to LA sporting a more casual, bohemian, traveler sense of style, which over time has grown into a more fitted, bespoke look, yet still accents his old-school, bohemian feel. He also relates classic style to classic music”¦and always says that he won’t change his music to blend in with what’s popular today and he feels the same way about fashion”¦you have to stay classic!The video also features his new single, “News For You”, which is Eric’s latest hit off his new album THE ONE, and as Eric says, the song is homage to his musical inspirations Earth Wind and Fire / Frankie Beverly.WATCH Eric Benet’s NEW Fashion Video: https://bit.ly/10s1zq1