Netflix Good Movie Alert: The One and Only Dick Gregory (review) 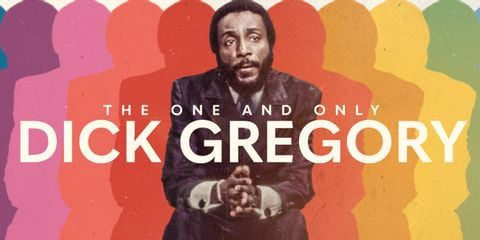 I never really knew a lot about Dick Gregory in his younger years as a comedian. I myself was too young when he was performing. This documentary explains it all in-depth.

Lesson Learned from this movie: You and Your Family are ALWAYS First!!!

This documentary sort of reminded me of the “What Happened Miss Simone” documentary about Nina Simone where he got caught up in the civil rights movement and unlike many other entertainers instead of going back to Hollywood she and Dick Gregory stuck with the movement.

There was a big price to pay for that.

Once the movement was done with Gregory there was nothing to go back to.

The people that he had sacrificed for moved on and he pretty much had blackballed himself as a comic for being an activist and he was even under investigation by J. Edgar Hoover as many other black leaders were at the time for speaking out against racism.

I always wondered why Dick Gregory was so angry towards the end of his career and in this film, you can understand why.

He felt cheated he felt like he had given a lot and there was little returned in the end. He literally had to file bankruptcy and lost everything. He was not the best businessman even after his smash hit diet “The Bahamian Diet” came out in the early to mid-80s.

I actually tried the diet myself while I was in college and lost 40 pounds.

Gregory was an excellent spokesman and very believable with The Bahamian Diet but he sold it and it was a bad deal.

He did not get the returns or the profits that he should have for the company. I don’t think I heard about it again after he sold it.

There was a very unfortunate ending for people who care too much about others quite oftenThey give all that they have and there’s a little returned this case is no different.

I think one of the most interesting things about this documentary is something that I’ve always said on the site. If you want to keep living KEEP WORKING.

When people die in the industry it is generally the same set of circumstances they’re out of work they’re at home they have no purpose in life as they get up each day except to look for the next job that is usually a lateral move.

That seemed to be the same path that Dick Gregory was on, he was showing signs of early Alzheimer’s and he was always very angry while he wasn’t working and somehow he managed to return to comedy.

In the process, he actually prolonged his life and appeared mentally normal again. In his later interviews, there were no signs of Dementia or Alzheimers.

He had a renewed purpose in life and his health changed for the better eventually he had succumbed to heart disease.

Cathy Hughes appears in this documentary from Radio One.

It is ironic that the deck’s wife and Hassan both say that he had the most amazing and peaceful look on his face when he died feeling like he had done everything he could to be of service to the black community/.

In the end, he got a little of what he gave so much of back. Kudos on a life well lived Mr. Gregory. I would have loved to have met him.

This is an excellent documentary and a must watch