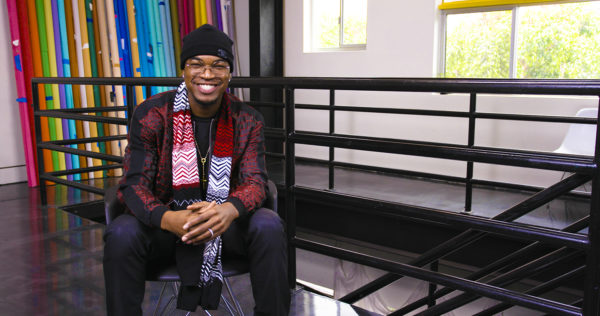 New York, NY—February 1, 2018- Music Choice is celebrating Black History Month with music and exclusive content from R& B Superstar Ne-Yo. The program will highlight Ne-Yo as Music Choice’s Artist of the Month throughout February and feature an exclusive interview with him, along with two hosted playlists where he picks his favorite R& B music videos from artists who have changed the game and a playlist featuring his hit songs. Ne-Yo’s entire collection of music videos and audio tracks will be featured throughout the month of February across Music Choice Music Channels, On Demand and on our app.Check out a sneak peek here:Ne-Yo on the State of Today’s R& BVideo Link: https://youtu.be/MbTNvK2bJBA“To be honest with you the concept of what R& B is has been lost a little bit…just a little bit. Just behind the fact that R& B stands for Rhythm and Blues. A lot of experimentation in regards to rhythm and cadence and stuff like that…but uh, just the blues element of it … the vibe of it. There are some cats out there that are definitely trying to keep it alive and there are some cats that have embraced the evolution of…there is nothing wrong with embracing the evolution of. If you listen to R& B from the 50’s vs. the R& B from the 60’s vs. R& B from the 70’s it changes – it’s supposed to change, it’s supposed evolve with the times and the people we get that. But at the same time, the foundation of R& B has been lost a little bit but is trying to swing back this way. I feel like it’s trying.”Ne-Yo Reflects on Meeting His IdolsVideo Link: https://youtu.be/HsfTXa7L35A“In the realm of the music industry I have met just about all of my kings so to speak…well the ones that are still living. Um I met Stevie Wonder, I’ve met Prince, I’ve met Michael Jackson. I’ve sat and had these people look at me as an equal, you know…Lionel Richie like what…I sat with Lionel Richie and had him tell me man I was a great songwriter. I’m like are you serious…You’re Lionel Richie and I am a good songwriter? Thanks. Michael Jackson…I sat in front of Michael Jackson and told him if not for you there would be no Ne-Yo…He said to me, you know what my favorite song is of yours is? And he started singing the song to me I feel like that may be the only time I’ve ever felt like a 12 year old girl as a grown man.”NeYo Music Choice Black History Month.jpgPhoto: Ne-Yo On the Set with Music ChoicePhoto Credit: Mike Berlin, Music Choice ** Must credit with usageGet Music Choice on all your devices, and find out more at app.musicchoice.com