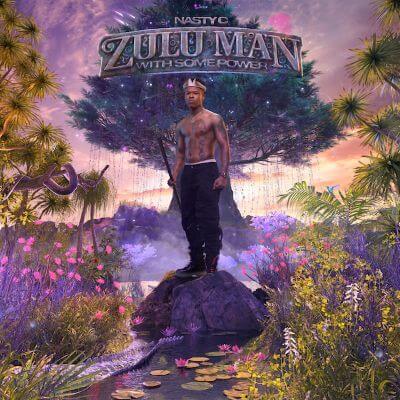 Today, multi-platinum rapper, Nasty C, also known as the “coolest kid in Africa,” drops his long-awaited album, ZULU MAN WITH SOME POWER via Def Jam Recordings. The album follows the long-brewing buzz on Nasty C’s major mainstream crossover with fans around the globe anticipating its release. ZULU MAN WITH SOME POWER is available on all digital platforms now.

On the album, Nasty C shared;

It’s an exciting time and I can’t wait to hear the feedback from my fans. I offered them something a little different with this album. I have some great features from artists that I respect. Check it out. I don’t think you will be disappointed.”

To celebrate the album release, the 23-year-old Durban native releases his new hit single, “BOOKOO BUCKS”. Recorded in Atlanta during Nasty C’s time in the city, the high energy track features Atlanta’s very own, Lil Keed and Lil Gotit bringing the rappers’ worlds together for a collaboration like no other. “BOOKOO BUCKS” was produced by ATL Jacob.

Solidified by Billboard as “South Africa’s best bet for a mainstream crossover,” Nasty C has delivered hit after hit ahead of the album’s release with singles, “There They Go”, “They Don’t” featuring T.I., “Eazy”, and the latest release, “Palm Trees” cementing his spot as Africa’s next big global sensation.

In July, Nasty C teamed up with the legendary DJ Whoo Kid to release his first-ever mixtape, a musical masterpiece titled, “ZULU”. In June, Nasty C and T.I. joined Late Night with Seth Meyers for a virtual performance of “They Don’t”.

See the tracklist for ZULU MAN WITH SOME POWER below:

Digital and Radio Facts - May 3, 2020 0
Black Radio as it was once called was the bullhorn and the newspaper for the black community. DJs were not just people who played records but they rallied the community in times of need, hosted concerts and fed the hungry on holidays. [...]