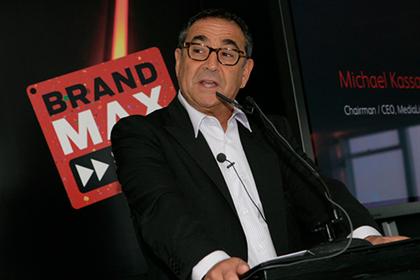 Kassan is the Founder, Chairman and CEO of MediaLink, a leading Los Angeles- and New York City-based advisory and business development firm that provides critical counsel and direction on issues of marketing, advertising, media, entertainment and digital technology. His extensive background as a leader in the media and advertising industries includes serving as President/COO and Vice Chairman of Initiative Media Worldwide and President and COO of International Video Entertainment. Kassan was named by Advertising Age magazine as one of the top media executives in America.

“Over the last several years MediaLink has been an important and valuable partner for us, and Michael’s expanded role is a testament of his involvement. He has made an effort to be more directly involved in our business, and we of course jumped at the opportunity to have him play an even bigger role with us,” said Hogan. “Michael has shown a strong interest and a deep understanding of Clear Channel’s unparalleled capabilities, and will be extremely valuable in helping Clear Channel further capitalize on our unique multiplatform assets and deliver unmatched media solutions to our advertisers. He is strategic, creative and has an incredible amount of knowledge of the media industry. He believes in our company and knows the value we can bring to advertisers — and he will be a huge asset to Clear Channel.”

“Clear Channel has the “special sauce” that is sought after in media today: the rare combination of proven experience coupled with intelligent innovation. As an organization, it is one of the largest media companies and one of the most nimble in the world. Its assets are truly multiplatform, connecting bedrock offerings in radio and out-of-home, with show-stopping digital and live experiences. And, of course, its people – with a team worthy of the word “leadership” that has demonstrated results for both audiences and advertisers across all mediums,” Kassan said. “I am honored and energized to be serving as a special advisor to Clear Channel, particularly Bob Pittman, John Hogan, William Eccleshare and Rich Bressler, as they further evolves their partnerships with advertisers.”

Kassan has also served on the Board of the Hollywood Radio and Television Society, the Commission on California State Government Organization and Economy and the Cultural Affairs Commission – City of Los Angeles and has been Chairman of the State Senate Select Committee on the Entertainment Industry. Kassan is also a strong supporter of community and not-for-profit programs, and currently serves as Chair of the UJA-New York Marketing Communications Committee. He also plays an active role in children’s education and mentoring, having been involved in both the H.E.L.P. Group, a non-profit organization serving children with special needs, and the Big Brothers/Big Sisters program of Los Angeles.