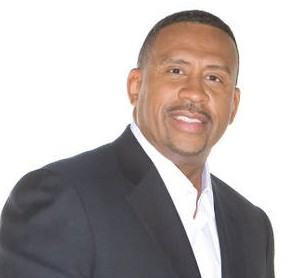 Michael Baisden Helps Launch $3 Million Capital Campaign forNew Building for Mama Foundation for the ArtsNational Radio Personality Will Serve as Honorary JudgeAs Teens Audition At New York‘s Dempsey TheaterAs most New York teenagers gravitate toward rap or pop music, Vy Higginsen has made it her goal to keep the art of gospel music alive with the next generation. In doing so, she’s created a haven of learning and celebration that is making her singers better students and better citizens. The only challenge is making room for all of them. As the Gospel for Teens program has grown in popularity, the Mama Foundation for the Arts finds itself in need of a larger performance hall. Nationally syndicated radio personality Michael Baisden is leading that charge by kicking off the capital campaign to build a new home for the foundation. Baisden will serve as honorary judge for the annual Gospel for Teens audition at the Dempsey Theater on Oct. 1. He will also make a personal donation of $10K to start the drive.”On our radio show we’re constantly looking for stories of individuals making a real difference in the lives of our children and letting our listeners know how they can help,” said Baisden. “Gospel for Teens is an inspiring program building self esteem in young people and putting them on a path toward success in life. Mentoring efforts are so critical during the teenage years and this group is a shining example of how it can truly work. I’m honored to be on hand as a new collection of New York-area teens audition for Vy and her team and I’m happy to contribute toward their new facility.””We want to serve as many teens as possible who are interested in learning about this wonderful art form and to do that, we need a larger space,” said Higginsen, who established Mama Foundation for the Arts in 2006. “I have my eye on the perfect building and can just see it filled with teens happy to be singing. It will be a rehearsal space and theater perfect for our enthusiastic audiences. Raising $3 million will make that vision a reality and I’m grateful to Michael for getting our campaign started.”The Michael Baisden Show is hosted by New York Times best-selling author Michael Baisden. The entertaining four-hour afternoon radio program airs Monday – Friday from 3-7 p.m. ET and combines the best in music, comedy and social commentary to inspire real change across America. Heard in 22 of the top 25 Urban radio markets, The Michael Baisden Show reaches more than seven million listeners each week and is syndicated by Cumulus Media Networks.