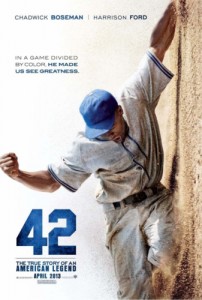 Marriott International and Marriott Rewards, the company’s world-class loyalty program, are hitting a home run with 42, the upcoming film about baseball legend Jackie Robinson, who became an American hero when he joined the Brooklyn Dodgers in 1947, forever breaking Major League Baseball’s color line. In support of 42, Marriott Rewards is putting travelers into the game with daily movie ticket giveaways and a chance to win exclusive access to the Hollywood premiere. S ee MarriottRewards42.com for rules and details.*”We want 42 to be a hit because we believe Jackie Robinson is a powerful role model and inspiration to people everywhere who aspire for greater opportunities,” said Ed French, senior vice president, Marriott Rewards. “42 is also a new and unique way for us to engage the 42 million members of our award-winning loyalty program and offer a special opportunity for them to experience the premiere and release of this important film. In addition to our Facebook game, we created a souvenir 42 key card insert and worked with LodgeNet, the provider of in-room entertainment at many of our hotels nationwide, to promote 42 by airing a personalized message from Chadwick Boseman, who stars as Jackie Robinson, as well as the film’s trailer.”Scheduled for release April 12 th, 42 is a presentation of Warner Bros. Pictures and Legendary Pictures. The film also stars Harrison Ford as Dodgers GM and President Branch Rickey and Nicole Beharie as Jackie’s wife, Rachel. View the trailer at — www.42movie.warnerbros.com”This is the story of one man overcoming incredible odds to achieve his dream and open the door for African Americans during a troubled and divisive time in the country’s history,” said Apoorva Gandhi, vice president, multicultural markets and alliances, Marriott International. “We applaud its message of equality, inclusion and opportunity, which are values we embody in our Marriott culture.”Marriott has a longstanding commitment to diversity and inclusion and has strategic partnerships with organizations that share the same vision and goals. The company was the first in the travel industry to establish a formal diversity and inclusion program in 1989 and the first to introduce a formal supplier diversity program in 1997. These programs have expanded to support the communities where Marriott does business. For more about Marriott’s diversity and inclusion efforts, visit www.marriott.com/diversity. 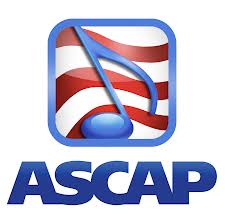 I would definitely consider myself a foodie. I love to try new cuisine and prepare a few dishes but I have never in my life

Who Was Gene Griffin? Gene Griffin was a famous Music Industry Executive who was behind many hit songs. Griffin died May

Digital and Radio Facts: Can a black man get a break? For the longest time, I thought this was a bad joke.