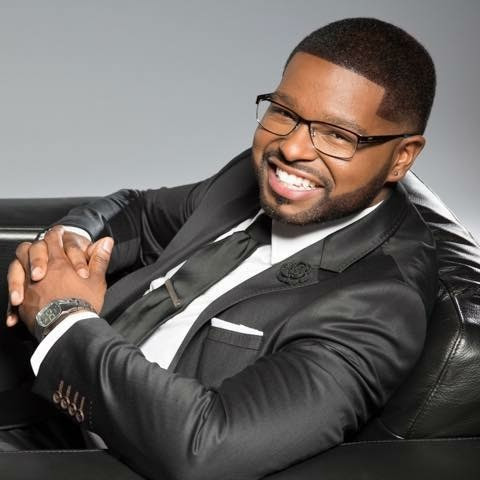 Emerging Atlanta based record label Marquis Boone Enterprises, LLC (MBE), a multifaceted full service, entertainment and media company that holds, endeavors in publishing, music, television, management, and philanthropy are celebrating the success of six Billboard #1’s within the last year from their breakout artists Casey J and Briana “Bri” Babineaux. Founded in 2013 at the age of 26, budding industry executive Marquis Boone started Marquis Boone Enterprises LLC and rapidly began to launch into various different business ventures which gained recognition for their innovative marketing ideas, hard work ethic, eye for talent, and discovering Casey J and then-19 year-old Briana “Bri” Babineaux whom both were launched into global superstardom. Earlier this year, leading gospel print publication Root Magazine named Boone a “Top 20 Power Player in Gospel Music in 2015” and was recently featured in The New York Times Newspaper along with his artists Casey J, Bri, and recent label signees Kelontae Gavin and C. West
CaseyJ
Casey J spent her days contently in the classroom as an educator. Although she’d spent a deal of time as a Worship Leader, and eventually, a Worship Pastor at Boone’s Fresh Start Church of Duluth, GA ( a suburb of Atlanta), being an artist was never in the plans. Casey J began to sing singer-songwriter Will Reagan’s tune “Fill Me Up” at her church and it received such a positive response that Boone, decided to have her record the song. On January 30, 2015 Casey J recorded her debut album entitled THE TRUTH at her home church. “Fill Me Up” was serviced to gospel radio in the spring of 2014. “Fill Me Up” hit the #1 spot on March 7, 2015 spending 14 non-consecutive weeks on Billboard’s Hot Gospel Airplay chart and eight non-consecutive weeks at #1 on its Hot Gospel Songs hybrid chart that tabulates airplay, streaming and sales.
Her rousing second single, the spiritual anthem “I’m Yours”reached #1 on March 14, 2016 and maintained that spot for four consecutive weeks. “I’m Yours” and “Fill Me Up” both hail from Casey J’s best-selling album THE TRUTH (Marquis Boone Enterprises, LLC/Tyscot Records, LLC). The soul-lifting project debuted at #1 on Billboard’s Top Gospel Albums sales chart last spring and has held a spot on the chart for more than 50 weeks. The album also made an impact on the US Billboard 200 landing at #131. It’s the first time in the history of the Billboard Gospel Airplay chart that any artist’s debut album has spawned two number one songs on the survey. The success of Casey J’s two singles and debut album led to two 2015 Gospel Music Association Dove Award nominations and a 2016 Stellar Award win as New Artist of the Year.
Within less than a year, 21-year old Urban inspirational singer Bri (Briana Babineaux) has become one of the most buzzed about singers on social media and counts superstars like Rhianna, Brandy and Drake among her nearly 435,000 Instagram fans. Bri started her music career in 2014 with her YouTube channel. In the fall of 2014, Bri was in a depressed state after a romantic breakup when some friends encouraged her to go out with them to get her mind off of her heartache. They were fooling around when she started to sing GRAMMY-nominated artist Tonex’s popular song “Make Me Over”. One of her friends posted a camera phone video of it on YouTube around 3:00 AM and within hours her riveting cover had gone viral garnering over 1.5 million views. The Louisiana native’s video was seen by Boone, who became her manager and signed her to his record label after turning down several offers to record R&B music. After spending time with Bri and getting to know her heart and soul, Boone began to get a feel of what kind of album he wanted to create around her voice and then he partnered with Tyscot Music & Entertainment to bring his vision to life. Bri recorded her first live album at Doppler Studios in Atlanta to an invitation-only audience of family, friends and fans.
She released her debut gospel song “I’ll Be The One” in June 2015 and watched it spring onto four different Billboard Magazine sales charts including the Gospel Digital Songs chart where it hit #1 and made Billboard history as the first vocalist to debut in the #1 spot on the Digital Gospel chart without aid of radio airplay, a national television appearance or prior sales history. Since that time, the song has become a Top 10 gospel radio hit. The uplifting single also premiered at #13 on Billboard’s Mainstream Hot Singles Sales chart. Her debut album KEYS TO MY HEART released on March 25, 2016. This album charted on three Billboard Magazine charts while it placed on the Top Gospel Albums, Billboard 200, and the Independent Albums charts, where it peaked at #1 (two consecutive weeks), #138, and #9 correspondingly.
This year, Boone will continue to duplicate the same approach as he did with Casey J and Bri for his recent two label signees Kelontae Gavin and C. West. Gavin is a live-wire 17 year old prodigy who in 2014, when he was 14, was filmed singing the Rev. Paul Jones’s “I Won’t Complain” by a lunch lady in his school cafeteria which to date is closely reaching 1 million You Tube views. Gavin will release his national debut single “Higher” (written by his mother) later this year. The song is produced by GRAMMY winning musician Myron Butler. C. West, a guitarist with more of a Lenny Kravitz vibe is the winner of Boone’s inaugural 2015 “DISCOVERED” showcase that featured over two dozen artists vying for a demo deal with Marquis Boone Enterprises. Boone hopes to introduce the acoustic gospel-soul artist to secular radio before gospel radio.