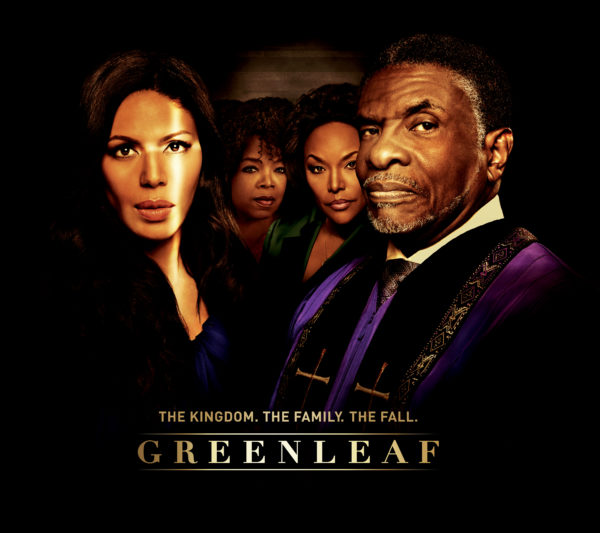 Malaco Records, the legendary Jackson, Mississippi-based soul/blues/gospel label, has announced the release of Greenleaf – The Gospel Companion Soundtrack Volume 1 in conjunction with Lionsgate, a premier next generation global content leader. The album is a musical reflection of the hit OWN: Oprah Winfrey Network original drama series Greenleaf. Malaco’s dominant role in the gospel music field led the series’ producers to join forces for the creation and release of this very special album. The album’s tracks, produced by Tim Lauer, Russell Ziecker and BeBe Winans, are rolling out digitally on a track-by-track basis. The full 14-track album will be released on CD and digital on August 26.From award-winning writer/producer Craig Wright (Lost, Six Feet Under, Brothers and Sisters), Greenleaf takes viewers into the unscrupulous world of the Greenleaf family and their sprawling Memphis megachurch, where scandalous secrets and lies are as numerous as the faithful. Born of the church, the Greenleaf family love and care for each other, but beneath the surface lies a den of iniquity — greed, adultery, sibling rivalry and conflicting values — that threatens to tear apart the very core of the faith that holds them together. The first season of Greenleaf, featuring music heard on the album, currently airs Wednesdays at 10/9c on OWN. Greenleaf debuted to record ratings on June 21, becoming the #1 series debut in OWN history with over 3 million viewers.Tommy Couch Jr., Malaco Music Group President, commented, “We’re delighted to team with Lionsgate and OWN on Greenleaf. Gospel music has long been the lifeblood of Malaco and a key element in the series’ narrative so this a very comfortable fit for us. We have been pioneers in the field of gospel on many different occasions and I believe this project will prove to be another of those special occasions.”Russell Ziecker, Lionsgate Executive Vice President, Television Music stated, “We wanted first and foremost to reflect the tonality of the wonderful show that producer Craig Wright has created here with Greenleaf, while feeling we had an opportunity to challenge the precepts and definition of what ‘gospel music’ is, or can be and mean. At every turn, we tried to be true and authentic, while stretching the boundaries of this genre to create something special – and hopefully, timeless. It seemed a natural fit to take a pioneering project like this to pioneer label Malaco, so we’re pleased and proud to partner with such a prominent player in the gospel space on this release.”One of those most prominently featured on Greenleaf – The Gospel Companion Soundtrack is Deborah Joy Winans. Her voice is heard on many of the album’s selections, including “The Master’s Calling,” the lead track that is soon to be available. An actress and singer, she is, of course, a member of famed Winans family and recently played her real-life aunt CeCe Winans on stage in the musical Born for This. In Greenleaf, she portrays ‘Charity Greenleaf-Satterlee,’ the daughter of Bishop James Greenleaf (Keith David). Deborah commented, “This was my first time recording a song and what a musical ride it has been! Bringing Charity to life through the power of music was challenging yet a beautiful experience. Growing up in a family of natural-born singers certainly came in handy when I took on this incredible role.”Greenleaf’s main title theme is “The Root,” performed by Mavis Staples, who is one of the most celebrated R&B/gospel artists of all time. In a very real way, her family group, The Staple Singers, provided the musical voice for the Civil Rights Movement as they worked closely with Dr. Martin Luther King, Jr. She is a multiple Grammy Award® winner and is scheduled to receive the Kennedy Center Honor later this year.The McCrary Sisters – Beverly Ann, Deborah, Regina and Alfreda – come from a similarly celebrated gospel music linage as the daughters of Rev. Sam McCrary of the Fairfield Four. The Sisters are featured on the track “Ring Them Bells.” Regina McCrary toured with Bob Dylan, the song’s composer, earlier in her career and is heard on both his Saved and Shot of Love albums.Cast member Desiree Ross, who plays ‘Sophia Greenleaf,’ is featured on “(We’ll Understand It Better) By and By,” the album’s final track. The actress who just turned 17, most recently starred opposite Dolly Parton in A Country Christmas Story.Melinda Doolittle, featured on “Say Something,” first caught the attention of the public as an American Idol finalist in 2007. She’s worked in a variety of genres with a vast array of performers, including Michael McDonald, Kirk Franklin, Aaron Neville, Alabama, Jonny Lang, BeBe and CeCe Winans and Vanessa Bell Armstrong.“The First Lady of Gospel Music,” the Reverend Shirley Caesar contributes the classic “Satan, We’re Gonna Tear Your Kingdom Down” to the album. She’s been a leading light in gospel for six decades and is a Grammy® winner 11 times over and has been inducted into the Gospel Music Hall of Fame.Known as “The Songbird of the South,” Dottie Peoples is heard on Greenleaf’s “Get Your House in Order.” A prolific recording artist, she has no fewer than twelve full-length albums in the Malaco Records catalog.Greenleaf – The Gospel Companion Soundtrack Vol. 1 track listing is as follows:1) The Root (feat. Mavis Staples) (Greenleaf Main title)2) Ring Them Bells (feat. McCrary Sisters)3) (God Bless the) Broken Road (feat. Deborah Joy Winans)4) Testimony (feat. Deborah Joy Winans)5) Say Something (feat. Melinda Doolittle)6) Satan, We’re Gonna Tear Your Kingdom Down (feat. Shirley Caesar)7) Let Love Find a Way (feat. Deborah Joy Winans)8) The Master’s Calling (feat. Deborah Joy Winans)9) Battle Hymn of the Republic (feat. Deborah Joy Winans)10) Get Your House In Order (feat. Dottie Peoples & The PeoplesChoice Chorale)11) Take Me To the Water (feat. Deborah Joy Winans)12) Blessed (feat. Deborah Joy Winans)13) River (feat. Deborah Joy Winans)14) (We’ll Understand It Better) By and By (feat. Desiree Ross)Greenleaf – The Gospel Companion Soundtrack Volume 1 is executive produced by Oprah Winfrey, Craig Wright and Russell Ziecker. Ziecker and Tim Lauer are soundtrack producers. 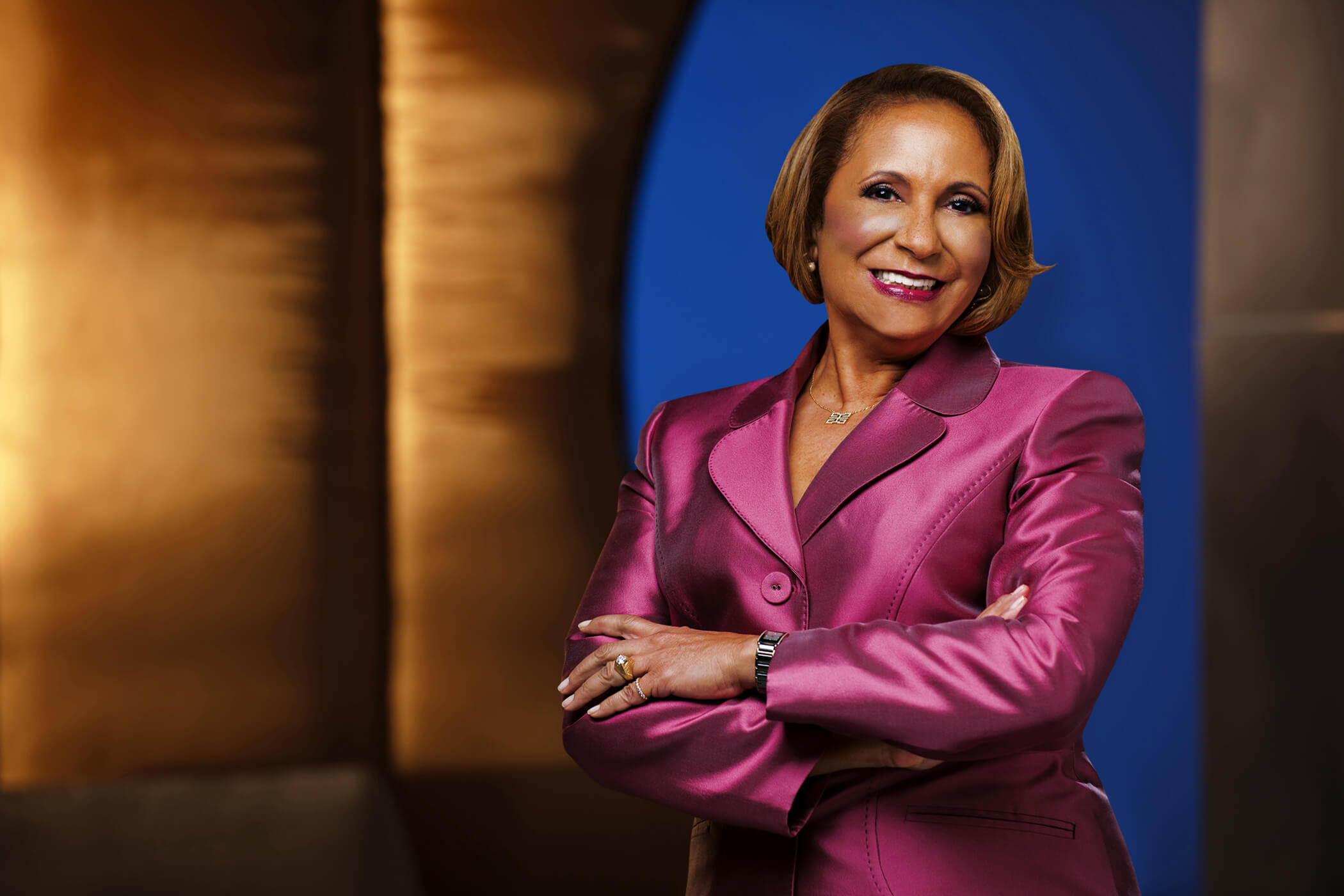