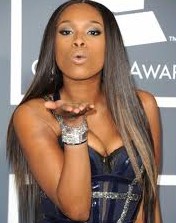 Today, the first-ever U.S. We Day kicks off in Seattle with a remarkable lineup of speakers and performers, including Magic Johnson, Jennifer Hudson and Seattle Seahawks Head Coach, Pete Carroll , taking the stage to inspire 15,000 young people at the KeyArena at Seattle Center. An initiative of international charity and educational partner Free The Children, We Day is the world’s largest youth empowerment event of its kind, created to ignite students’ passion to be active global citizens.Surprising the electric crowd of students and teachers from nearly 400 middle and high schools across the state are today’s hottest, chart-topping artists Macklemore and Ryan Lewis , as well as renowned singer and Free The Children ambassador Demi Lovato , sending an inspiring live Skype message all the way from Moscow.Leading the audience throughout the day are hosts Munro Chambers and Melinda Shankar from the hit television series DEGRASSI and international activists and co-founders of Free The Children, Craig and Marc Kielburger . Teachers and students will also hear from favorite fictional presidents young and old, including YouTube sensation Kid President and actor and activist Martin Sheen , as well as from Martin Luther King III , NBA All-Star Gary Payton , motivational speaker, actor and former U.S Army soldier, J.R. Martinez , Grammy ® award-winning performer Nelly Furtado and quarterback for the Seattle Seahawks, Russell Wilson , among others.”We Day is absolutely extraordinary ““ where else will you see world-renowned social activists, all-star athletes and award-winning musicians on one stage, firing up a crowd of 15,000 young people and celebrating their dedication to service?” said Pete Carroll, Head Coach of the Seattle Seahawks. “The We Day stage is packed with these big-time names, all here in Seattle, to inspire youth to begin their journey of taking positive actions to better our community and world.”Students can’t buy a ticket to We Day; they earn it through service by making a commitment to take one local and one global action throughout the year as part of the We Act program. We Act supports students and educators with free educational resources, student-led campaigns and support materials to help turn the event’s inspiration into sustainable change. Together, We Day and We Act provide a blueprint for raising a generation of active global citizens.”We’re thrilled to bring We Day to the U.S. for the first time, kicking it off in Seattle ““ a city known for being a leader in education, innovation and philanthropy,” said Craig Kielburger, co-founder of Free The Children. “Over the past five years alone, we’ve seen youth involved raise $26 million for more than 900 local and global causes and log 5.1 million volunteer hours. We can’t wait to see what youth across Washington State will achieve.”In partnership with the Seattle Seahawks and A Better Seattle, We Day Seattle is free of charge to the thousands of students and educators in attendance thanks to the generous support of co-title sponsors Microsoft and Amway North America, along with key Seattle-based supporters including Ballmer Family Giving, the Bill and Melinda Gates Foundation and the Paul G. Allen Family Foundation.”Today’s youth ““ tomorrow’s leaders ““ have the talent and motivation to spark change in communities across the globe,” said Steve Ballmer, CEO of Microsoft, who will address the We Day audience today. “Microsoft is thrilled to support young people around the world, through our YouthSpark initiative, with the technology and opportunities to power their dreams and help make them a reality.”Also announced on stage (For More Click Next) 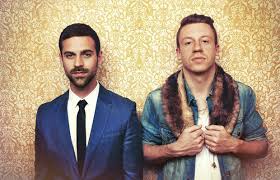 is Amway’s Who Cares Challenge: Youth Leadership Contest; a contest that will honor 10 young change-makers in the U.S. and Canada, and give them a chance to amplify their impact on the world. Over the next 10 weeks, applicants will be asked to share their stories of leadership in local community service and the selected winners will receive $10,000 to apply toward the cause of their choice. The top five of those 10 winners will also receive a trip to We Day Minnesota on October 8 for themselves and a companion.”As we join Free the Children in celebrating the first We Day here in the U.S., we hope to provide a further call to action for young adults passionate about service through Amway’s Who Cares Challenge,” said Tanios Viviani, Regional President of the Americas for Amway, who will unveil the contest on stage. “The contest will allow young people to share their story and continue on the path to making the world a more positive place.”We Day has taken the world by storm with 3.3 million fans, making it one of the world’s largest causes on Facebook. In Canada, We Day touches every major city coast to coast, bringing together hundreds of thousands of young people in their commitment to taking action for a better world.We Day Seattle will be captured in an hour-long special broadcast on Q13 FOX and JOEtv. “The Road To We Day” will feature how the movement got started, highlights and artist performances, inspirational stories of how local students earned their way in and a look ahead to what’s in store for We Day 2014. “The Road To We Day” airs April 12 at 8p on JOEtv (KZJO-TV) and again on April 14 at 5p on Q13 FOX (KCPQ-TV).