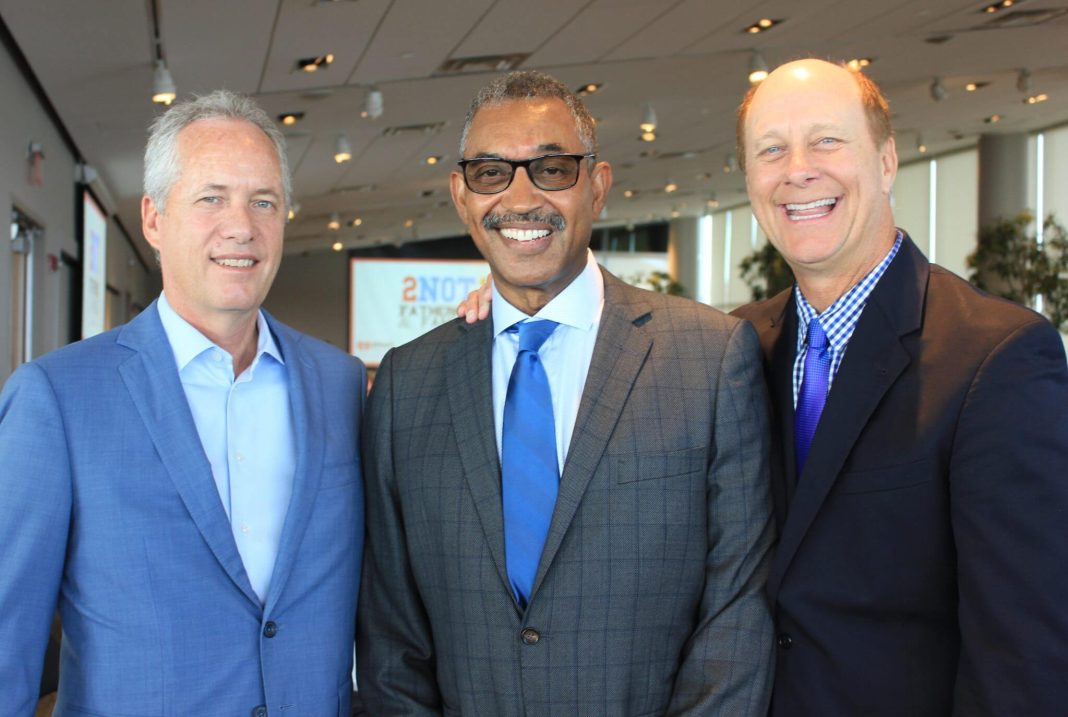 Rev. Kevin L. Nelson Sr. of First Baptist Church of Jeffersontown opened the breakfast with an invocation. The keynote speaker of the event was Mayor of Louisville, Honorable Greg Fischer, who discussed the importance of giving back within the community. Attendees included Kent Oyler, Greater Louisville Inc. President; Ferdinand L. Risco, Jr., Executive Director of Transit Authority of River City; and Victoria Russell, Chief of Diversity, Equity and Inclusion at Papa John’s.“Thanks so much to iHeartMedia for making this compassionate commitment to Louisville,” Mayor Fischer said. “Compassion is good for business and it’s good for our city and our country. I want to thank the folks at iHeartMedia Louisville for supporting our vibrant and active non-profit community.”NewsRadio 840 WHAS on-air personality Terry Meiners hosted the event which spotlighted iHeartMedia Louisville’s 2018-2019 community partners: 2NOT1, New Roots, Inc. and Family Community Clinic. The partners were selected through an extensive application process that allowed local nonprofits to apply for an in-kind media partnership with iHeartMedia Louisville across its eight radio stations.Additionally, iHeartMedia Louisville plans to quadruple their efforts in the coming year by providing in-kind media support to twelve non-profit organizations that fall under the umbrella theme of Kids: Heart of Kentuckiana.“Each campaign will include PSAs, on-air personality endorsements, as well as streaming and digital placement,” said Earl Jones, Region President for iHeartMedia Kentucky-Indiana. “We are committed to using our resources to amplify the message of these organizations that work so hard for our community.”The company’s Local Advisory Board, comprised of over 25 leaders in the local community, government and education system, will select the recipients and determine which radio stations and websites are best suited for each campaign. The 12 recipients will be selected at the end of August with the first set of campaigns scheduled to begin in October.iHeartMedia is the leading media outlet in the Louisville market with multiple platforms, including its broadcast stations; live events; data; and its digital businesses and platforms, including mobile, social and its own iHeartRadio, iHeartMedia’s free all-in-one digital music, podcasting and live streaming radio service – with more than 2 billion app downloads and more than 130 million registered users.