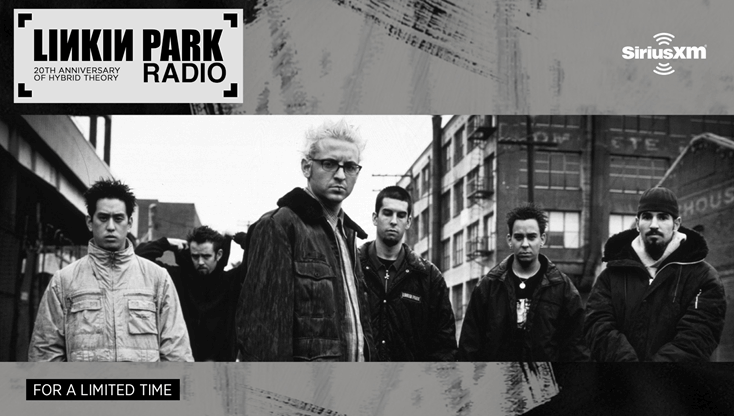 Linkin Park Radio will feature the stories behind the influential and top-selling album, as well as music spanning the band’s entire career, including demos, rarities, remixes, live tracks and solo music. Listeners can expect to hear personal anecdotes from the band members and music from artists hand-picked by them. Mike Shinoda will also guide listeners on Pandora through the band’s Hybrid Theory and break down each track with Pandora Stories: Linkin Park on ‘Hybrid Theory’ at 20. This will all lead up to the October 9 release of Hybrid Theory: 20th Anniversary Edition on Warner Records.

Linkin Park Radio will launch on SiriusXM’s Turbo (ch. 41) on Monday, October 5 at 12:00 p.m. ET through October 11, and continue on channel 717 on the SiriusXM app and web player only, on October 12 through October 18. Fans can now immerse themselves in an exclusive 24/7 Linkin Park experience by simply tuning in.

Linkin Park’s debut album galvanized, captivated and defined a generation. Hybrid Theory established a new course for music with its inspired combination of heavy alternative rock, hip-hop, and electronic. Hybrid Theory emerged as the best-selling album of 2001 in the US, selling 11 million copies stateside, achieving the rare “Diamond Award” (10 million) from the RIAA, and selling over 25 million albums worldwide.The band also took home their first GRAMMY® Award in the category of “Best Rock Performance” for “Crawling.” For more information on Hybrid Theory: 20th Anniversary Edition fans can visit www.linkinpark.com.

SiriusXM subscribers can listen to Linkin Park Radio beginning October 5 on Turbo, channel 41 via SiriusXM radios, and those with streaming access can listen online, on-the-go with the SiriusXM mobile app and at home on a wide variety of connected devices, including smart TVs, devices with Amazon Alexa or the Google Assistant, Apple TV, PlayStation, Roku, Sonos speakers and more. Beginning October 12, through October 18, subscribers can listen to Linkin Park Radio online or on the SiriusXM app only. The SiriusXM app also offers additional features such as SiriusXM video, Personalized Stations Powered by Pandora that listeners can curate themselves, and an On Demand library with more than 10,000 hours of archived shows, exclusive music performances, interviews and audio documentaries. SiriusXM has special offers for new subscribers including three months of a SiriusXM Essential Streaming subscription for Free. To see Offer Details and to subscribe, visit www.SiriusXM.com/free3.