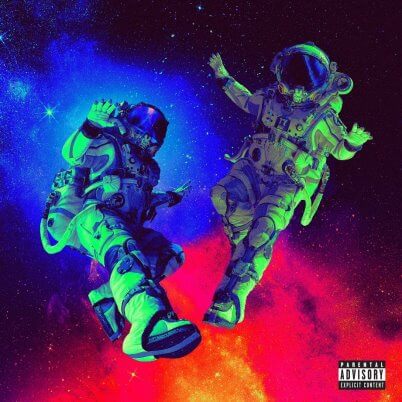 PLUTO X BABY PLUTO [DELUXE] features 8 all new tracks, along with the premiere of a brand new visual for “Over Your Head, directed by legendary filmmaker Hype Williams. Listen to the deluxe edition of the now 24-track compilation, executive-produced by DJ ESCO.

The two artists also recently teamed up with DJ ESCO for a special edition of Future’s Freebandz Radio, showcasing an early preview of the eagerly awaited joint project. PLUTO X BABY PLUTO was initially highlighted by the spectacular track “That’s It,” which arrived with a sporty companion video, streaming now at YouTube HERE

Lil Uzi Vert’s ETERNAL ATAKE made an historic #1 debut on the SoundScan/Billboard 200 upon its March 2020 release. With over 400 million combined audio and video streams in its first week alone, and the second-biggest week of 2020 for any album.

Along with its phenomenal popular success, ETERNAL ATAKE has received wide-ranging critical applause around the globe, with Pitchfork raving, “ETERNAL ATAKE is Uzi’s greatest album to date, a scope-defying hour-long epic that couldn’t be made by anyone else.” “ETERNAL ATAKE is Lil Uzi Vert’s best album yet,” agreed Rolling Stone, “with a cohesiveness, slick concept, and performance that justifies every ounce of hype.”

In May of 2020 Future released his eight studio album, High Off Life which debuted No. 1 on the Billboard 200 albums chart; the Atlanta-bred superstar’s sixth such debut. In addition, High Off Life’s instant Gold certification makes Future a perfect eight-for-eight with Gold-certified studio albums and his forth Platinum certification.

Since the beginning of 2020, Future has been moving with a renewed vigor. Just 10 days into the year he released “Life Is Good” with Drake, yet another championship ring for the What A Time To Be Alive duo, which notched its highest Billboard Hot 100 placement (No. 2) to date with the track.

Future followed “Life Is Good” by delivering a handful of his critically-acclaimed mixtapes (Beast Mode, 56 Nights, Purple Reign) to DSPs in April, an outcome his devoted fanbase has long clamored for. It’s allowed him to reflect on a legendary run from the decade prior while setting his sights on the one ahead.