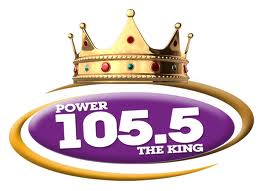 Light Media (OTC Markets: LGMH), Inspirational Media Specialist, announced today that it has signed a definitive agreement to divest the assets of its Power 105.5/The King radio station to Mt. Olive Baptist Church. The transaction is subject to customary conditions, including regulatory and other approvals.”Power 105.5/The King was a perfect opportunity to test a number of theorems specifically related to (a) the community impact and reach of radio generally, and (b) the ability to launch new/untested formats quickly and efficiently and effectively for maximum results. Light Media achieved its primary objectives of proving that: (1) socially-responsible music formats (such as Power 105.5/The King) that do not degrade citizens, denigrate women or debilitate youth…are not only needed but are also highly respected by local communities when placed on the airwaves; and (2) Light Media could successfully convert an established top-tier radio station from secular rap format to indie inspirational Black gospel/holy hip hop music format with great fanfare, admiration, applause and goodwill that will endure for years to come. Light Media is now actively reviewing opportunities to enter additional key media markets, in order duplicate the successes of Power 105.5/The King but on a broader scale, and across a larger Black media-centric area of population long-term,” said Danny Wilson, CEO, Light Media.