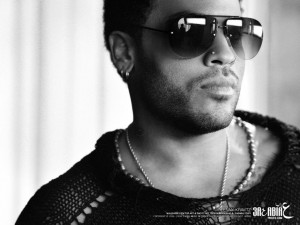 Lenny Kravitz””GRAMMY award-winning singer-songwriter, record producer and actor””has recorded a public service announcement urging people to join UNICEF to bring about an end to preventable child deaths. Some 6.9 million child deaths every year are due preventable causes, of which as many as 1.5 million are from vaccine-preventable diseases.”I’m a parent, and the thought of anyone’s child dying of something we can prevent is just unacceptable to me,” said Kravitz. “Vaccines cost so little, and when UNICEF says 100 percent of the world’s children can be immunized with enough funding, I think it’s important to support that goal.”Lenny Kravitz, who is currently recording a new album from his home in the Bahamas, is issuing the new PSA just a year after he lent his support to UNICEF’s efforts to save and improve the lives of millions of children by providing them with access to clean water and adequate sanitation. In addition to the PSA, Kravitz will use his social media platforms to share UNICEF’s call for 100 percent immunization. To view and upload the PSA, visit https://uncf.us/LennyPSA.Although immunization is one of the most successful and cost-effective means of saving children’s lives (immunization against measles can cost less than $1) nearly 20 percent of the world’s children are still not immunized.”UNICEF helps immunize more than one third of the world’s children,” said Caryl Stern, president and CEO of the U.S. Fund for UNICEF. “And because UNICEF buys vaccines in bulk, it’s the organization that makes every dollar that’s donated go further, and spends every dollar where it can do the most good. That’s what really matters if we are determined to reach a day where ZERO children die of causes we know how to prevent.”Children in remote areas and in impoverished communities are less likely to be immunized against killer diseases, effectively leaving them unprotected against disability and death. Vaccines are responsible for eradicating smallpox and for preventing an estimated two to three million deaths each year from diphtheria, tetanus, whooping cough and measles. Fifty years ago, polio was one of the most feared diseases in the world. Anyone not immunized against polio can contract the disease, but children under five years of age are especially vulnerable. Timely immunization with a safe and effective oral vaccine is the most effective way to prevent infection. As a result, polio is now endemic in only three countries: Afghanistan, Pakistan and Nigeria.