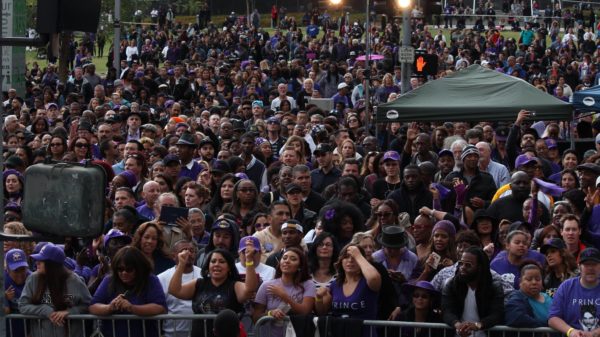 So sorry I missed this event and that I’m late on the story. I was traveling when it happened but KUDOS to KJLH for the effort. Looks like it was really nice. Thanks to KJLH for the invite.Greetings Kevin, I wanted to share some info on a tremendous event we just completed in hopes that you would share with your readership. We, like the rest of the world, are shocked and saddened by the sudden passing of mega-music-icon Prince. Upon learning about his passing, we immediately went to all Prince music on the air. We played Prince all day and all night for 72 hours. Only when we went to our gospel format did we stop playing the Purple One’s music.Then as a result of a very random conversation between myself (Greg Johnson, kjlh Marketing Director), Najee Ali – Community Activist and Consultant in the Office of the Mayor, Los Angeles, And Commissioner Dallas Fowler – LAPD Permits Review Board City, we began to organize and produce the City of Los Angeles Memorial and Tribute.On Friday, May 6, 102.3 RadioFree kjlh joined with the City of Los Angeles to present the official City of Los Angeles Memorial and Tribute to Prince Rogers Nelson. The event was a magnanimous success, attacting an estimate 15,000 Prince fans from not only the Los Angeles area, but also from all over the nation. The event generated widespread media coverage and even some international press.The event took place on the steps of Los Angeles City Hall and was a heartfelt presentation that featured live music by a lineup of music notables backed by a ridiculously outstanding house band made up of some great players including some of Prince’s New Power Generation. Our MD was the Grammy nominated Andrew Gouche who was Prince’s last bass player. NPG Alumni Morris Hayes, Kat Dyson, Cassandra O’Neal, and Philip Lassiter were essential members of the band making the spirit and essence of the music wholly authentic.We coupled this house band with an awesome lineup of vocalists: Marva King, B. Slade, Deitrick Haddon, Eric Benet, Aloe Blacc, Timotha Lanae, Rahsaan Patterson, Sebu Simonian, Faith Evans. They all sang selections from Prince’s awesome discography while our roster of world class DJ’s played more songs. It was an incredibly exciting and spritual tribute giving Prince fans a much needed opportunity to celebrate the life and musical legacy of this music genius. Click “NEXT” after each pic 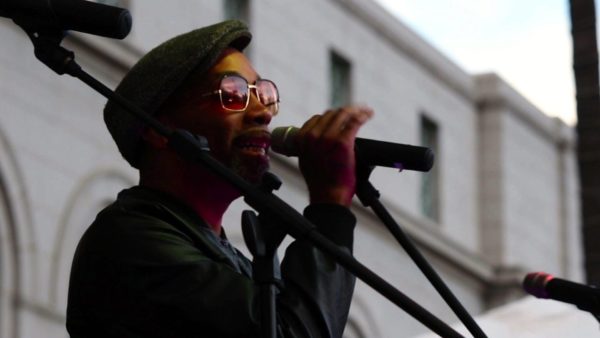 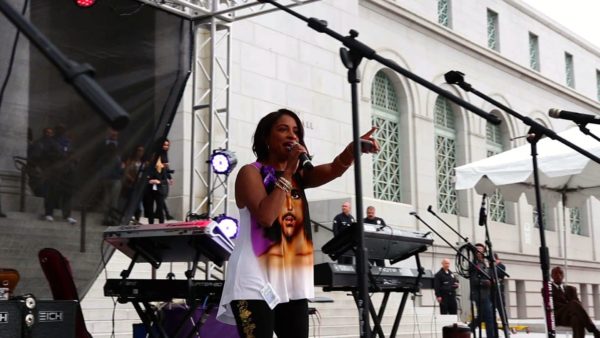 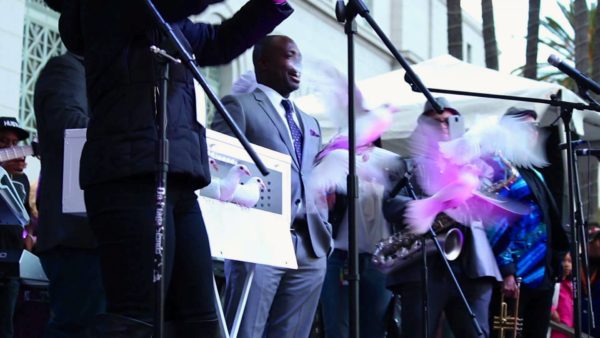 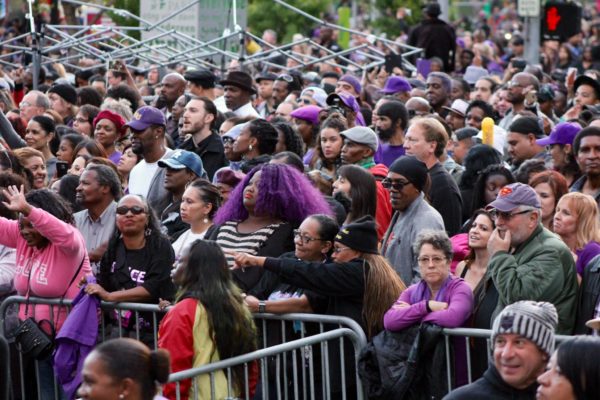 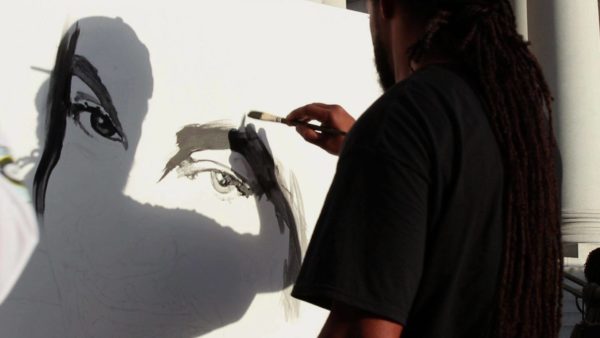 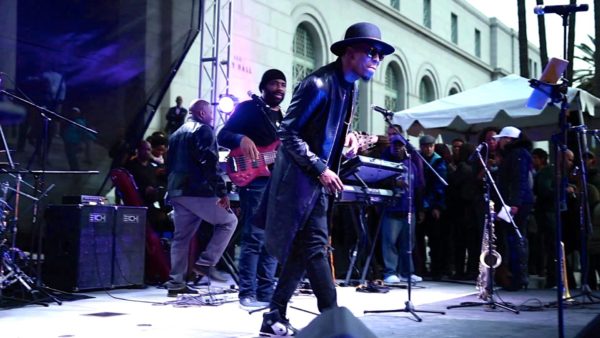 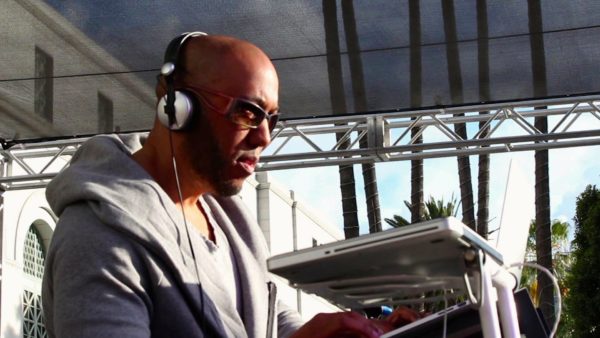 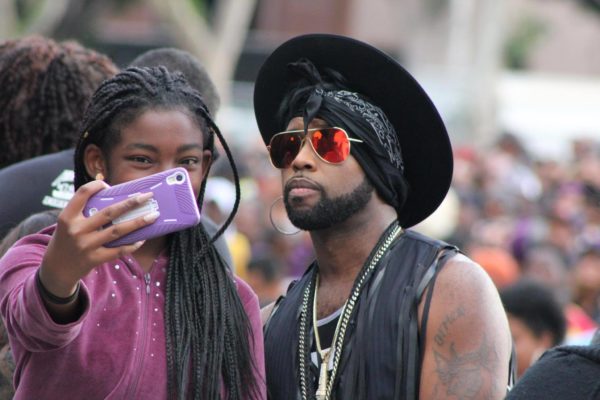 B Slade takes pic with fan 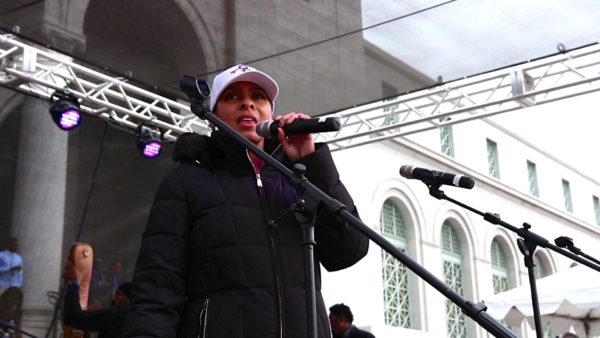 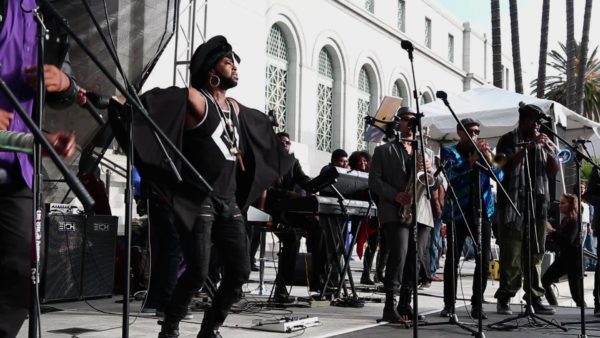 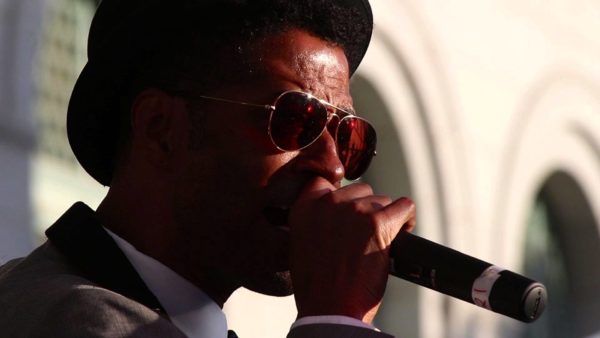 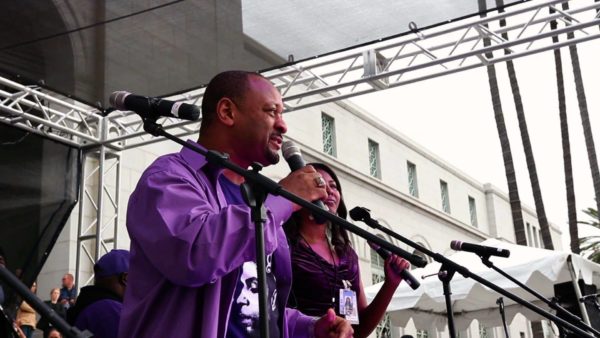 One of the principal organizers along with kjlh and Dallas Fowler, Najee Ali addresses the crowd 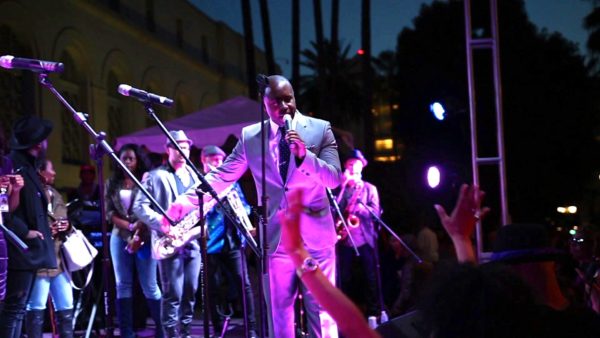 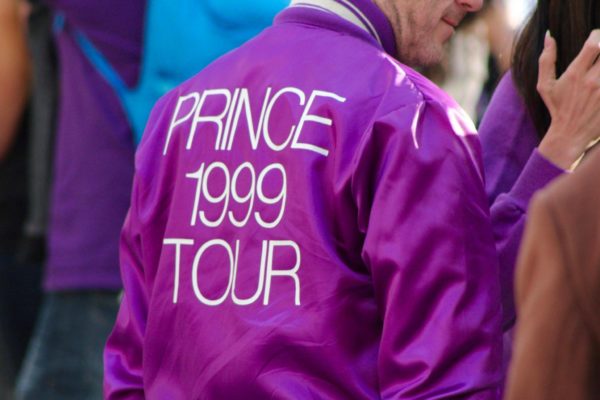 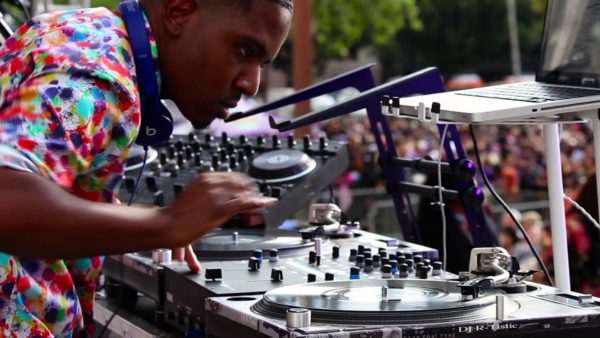 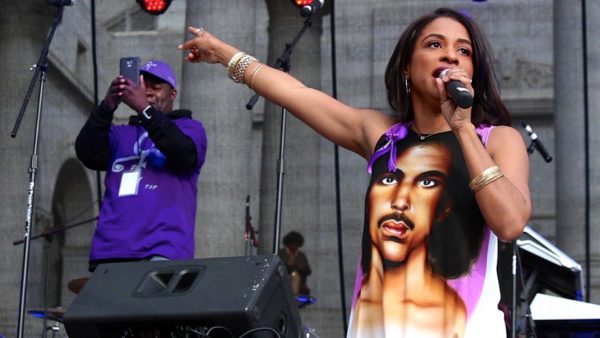 Tammi Mac as @Guy Black takes a pic of the crowd.. — at Los Angeles City Hall. 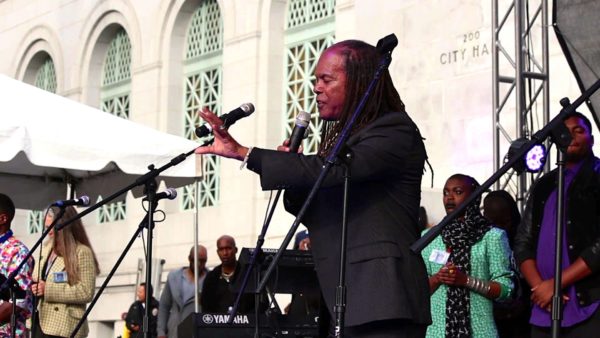 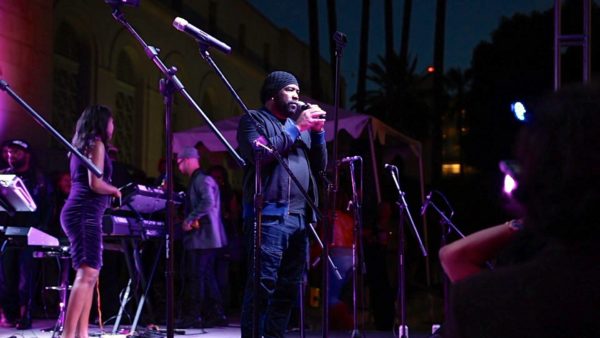 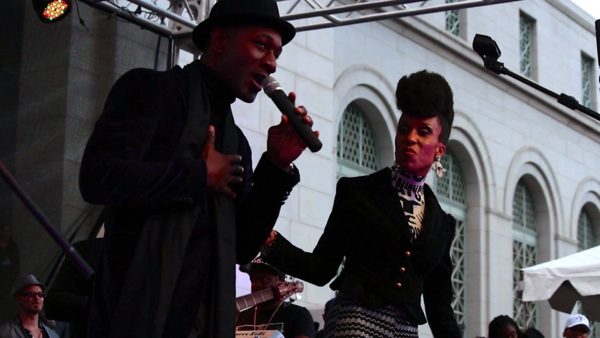 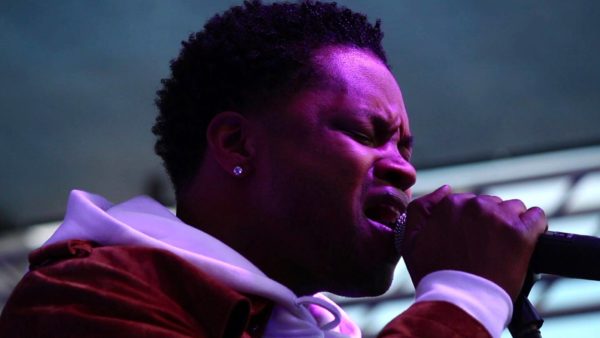 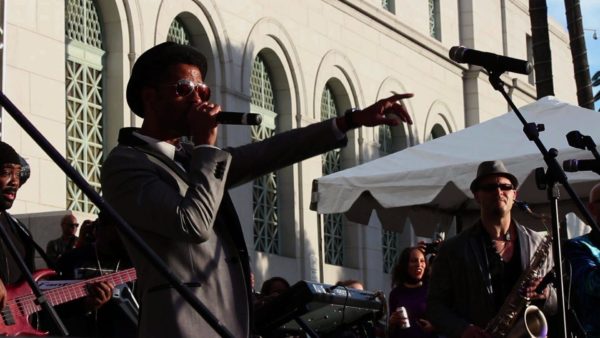 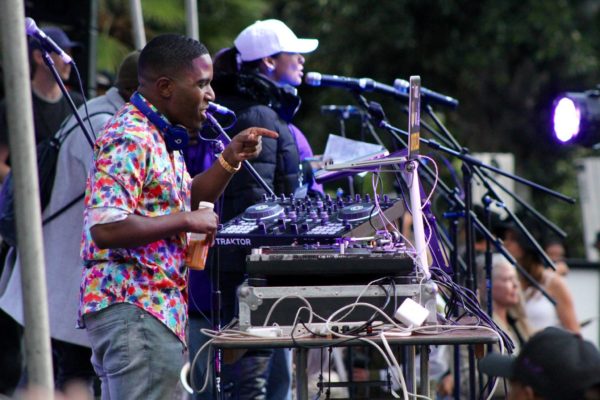 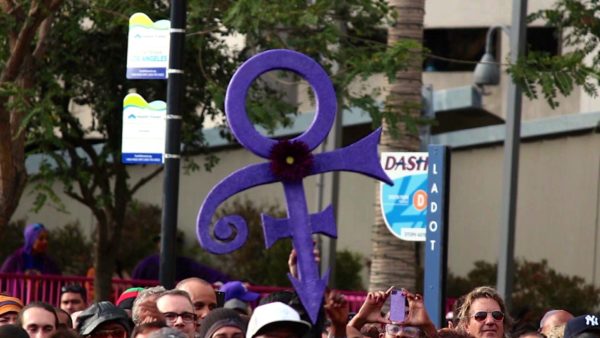 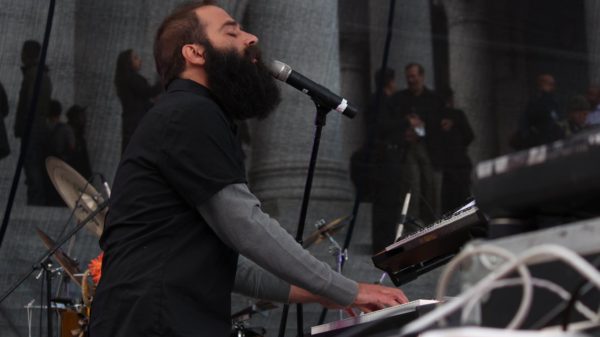 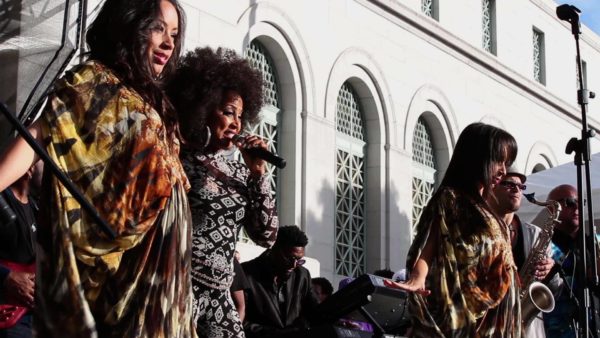