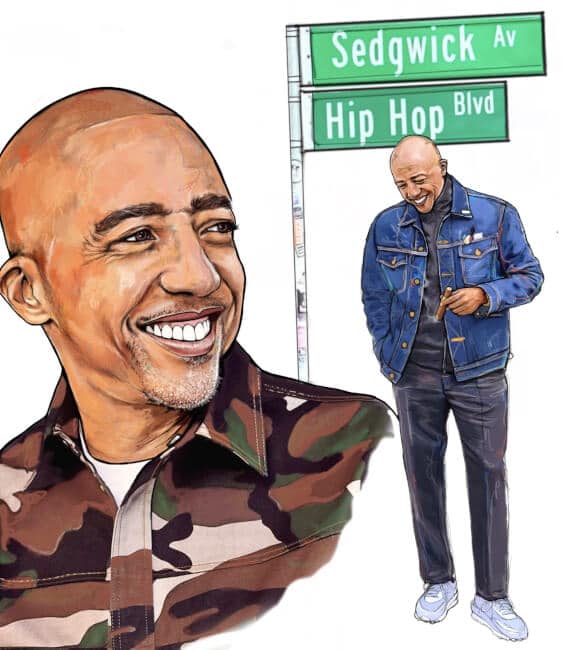 In spite of the uncertainty and turmoil of 2020, CEO Kevin Liles took it as an opportunity to implement meaningful change within and beyond the music industry and has seen great success along the way.

Having been honored in Billboard’s Power Players several years in a row, featured as a panelist for this year’s MIDEM panel, and one of Variety’s 37 New Yorkers Making an Impact in Entertainment, the music industry veteran has not just pushed 300 Entertainment to the forefront of streaming and transformed the organization from within, but prioritized social justice and embodied the statement ‘creativity cannot be quarantined.’

“That, says Liles, is ultimately why his small company of 55 employees keeps punching above its weight, competing with and raising the bar for major labels and indies alike. ‘I’m built to be a pillar, to be a solid foundation so that people can stand on my shoulders,’ he says. ‘It’s a way of life. I’ve dedicated the last 36 years to finding culturally relevant partners to be with to help move our culture forward.'” – Kevin Liles

With Kevin Liles at the helm, 300 Entertainment has been named the  #1 independent music label in the United States via Buzz Angle, and reached the milestone of 50 billion cumulative streams. Kevin and partners have led the charge on some of the year’s biggest campaigns, including Megan Thee Stallion, Young Thug, and Gunna and more.

This year, Megan Thee Stallion had unprecedented success, her biggest singles to date during a pandemic.

Megan earned her first Billboard #1 this year with ‘Savage Remix’ featuring Beyonce, followed by the record-breaking ‘WAP’ collaboration with Cardi B that earned 93 million streams in its first week.

In addition to winning a VMA award for Best Hip Hop and 5 BET Hip Hop Awards including Hip Hop Artist of the Year, Megan was named one of the TIME 100 most influential people and was featured as the musical guest on SNL’s season premiere.

In addition to Megan’s success, YSL artist Gunna released his acclaimed album Wunna, which quickly became a #1 US album on the Billboard top 200 chart, his first #1 album during the pandemic. During his release, Gunna was the most streamed artist in the U.S.

Aside from the music, Kevin and team have led impassioned initiatives out of 300 during quarantine such as the Get Out and Vote Initiative, the successful livestream series’ 300 Unplugged– which has empowered more than 50 independent artists around the world, Kevin Liles’ ‘Family Business’, Club Stay the F*%$ Home: 24 Hour Edition and Celebrating Freedom: A 24-Hour Juneteenth Edition.

During quarantine, Kevin also fully supported his staff, providing them with a COVID Relief Fund, full reimbursement for therapy costs, and launched the ‘300 Takes a Break’ program that offers funds for employees to take needed take time off to ensure mental health and wellness.

In addition to these internal initiatives, Kevin and the 300 team aided the New York City community in these difficult times by donating more than 100,000 meals to the Food Bank for New York City, partnering with the BET Covid-19 Relief Fund, and participating in the Bear Witness, Take Action YouTube initiative.

Under the name ‘300 Creates‘, 300 has also spearheaded creative campaigns such as the $5,000 Young Thug Barter 6 fan art challenge, Sign of the Times, and several social justice efforts, such as the 300 Entertainment Social Justice League, several large-scale donations, and a forthcoming 501c3 for the company that seeks restorative justice for families of police brutality.

Kevin told the staff of 300, “‘We are a socially responsible company. 300 was created that way.’ I didn’t need George Floyd — I lived Rodney King. And guess what? I’m Black. I don’t need these things to tell me that social [justice matters]. No. I believe people are human. We’re a safe place for people to come express themselves, to express their freedom to be themselves.”

Digital and Radio Facts - April 17, 2021 0
There are certain songs by Black Singers in the R&B genre that not only crossed over to pop but that seem to last forever and never die. Here are a few of them. These are not ALL of the songs that you still hear today just some of them.

Radio Station Apps: No Longer Welcome in the App Store

KORYN HAWTHORNE GARNERS #1 DEBUT WITH SOPHOMORE ALBUM I AM

Fork in the Road: What’s Next for my Radio Career?

New Book Talks about Emergence of Hip Hop in the South

Music of Your Life, Inc. Acquires All Registered iRadio Trademarks