PRESIDENT OBAMA’S LEGACY AND DEFINING MOMENTS ARE REVEALED IN THE OBAMA YEARS:THE POWER OF WORDS SPECIAL NARRATED BY ACTOR AND PRODUCER JESSE WILLIAMS 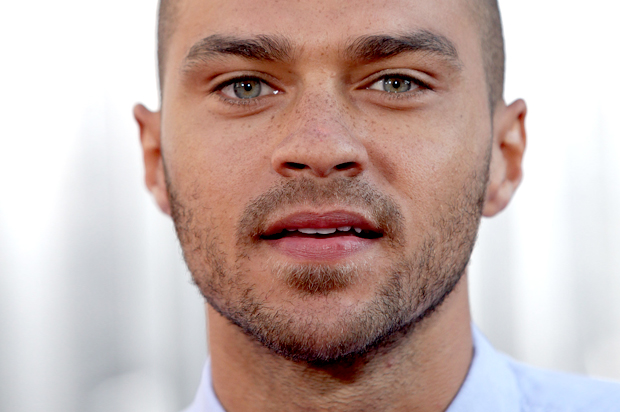 New York, January 12, 2017  Over eight years, President Obama delivered more than 3,500 speeches and statements  officially ending his era with a farewell address on Tuesday in Chicago. His speeches ranged from redefining patriotism, candidly addressing race relations, inspiring hope and healing, and turning divisive moments into an opportunity for national unification. But which are the moments that history will remember? A new hour-long Smithsonian Channel special tells the story of Barack Obama, writer in chief, and takes viewers inside the defining moments of his political career through the prism of his most memorable speeches.THE OBAMA YEARS: THE POWER OF WORDS, narrated by actor and producer Jesse Williams, premieres on Monday, February 27, 2017 at 8 p.m. ET/PT. Someday there will be the collected speeches of Barack Obama, the historian Douglas Brinkley says in the film, and I think theyll tell us more about our hopes, dreams, aspirations and dark realities than any other document to represent that era. THE OBAMA YEARS: THE POWER OF WORDS examines how President Obama used the bully pulpit by looking at six benchmark speeches  as a brash young state senator and as a president grappling with turbulent times in the face of chaotic events. Some were the result of careful planning and intensive writing; others were written under extraordinary pressure, often with Obama doing much of the writing, in the wake of unexpected events. When tragedy strikes, the President has a tremendous responsibility to comfort the nation. For each highlighted speech, THE OBAMA YEARS: THE POWER OF WORDS gives viewers behind-the-scenes stories of the President and his process, how he and his core group worked to develop the messages, expert commentary comparing the speeches to those of other presidents, and analysis of the power  and limits  of the bully pulpit to shape events.The program features insights from eminent historians Doris Kearns Goodwin and Douglas Brinkley and key members of Obamas inner circle, including senior advisor Valerie Jarrett, Chief Strategist David Axelrod, and speechwriters Jon Favreau and Cody Keenan. Smithsonian curator Harry Rubenstein of the National Museum of American History, Rep. John Lewis, and Clark Judge, speechwriter for President Ronald Reagan, are also among the featured interviews. THE OBAMA YEARS: THE POWER OF WORDS focuses on six notable speeches: – The 2004 Democratic National Convention keynote, when a national audience was first introduced to the Illinois state senator with a message of patriotism and unity. – “A More Perfect Union, presidential candidate Obamas seminal speech on race relations in Philadelphia, in which he tried to respond to incendiary comments by his pastor, the Rev. Jeremiah Wright. At this critical moment, he chose to speak candidly and in deeply personal terms, shedding light on the complexities of race in the country. -The 2008 Democratic National Convention acceptance speech: Delivered on the anniversary of Martin Luther King, Jr.s I Have A Dream speech, this marked a momentous change in American history as Barack Obama became the first African American major party nominee. – The Presidents eulogy after the 2012 Sandy Hook Elementary shootings in Newtown, CT. Obamas passion and empathy delivered through his heartfelt words sought to bring comfort to a devastated nation. – The 50th Anniversary commemoration in 2015 of the Selma to Montgomery civil rights marches. Remembered as one of the most patriotic speeches given by Obama during his presidency, it highlighted the progress made in civil rights. – Amazing Grace, the eulogy after the 2015 shooting at Emanuel African Methodist Episcopal Church in Charleston, South Carolina, marked a turning point to bury some of the old Confederate history, and it represented one time when his words did produce immediate change.THE OBAMA YEARS: THE POWER OF WORDS is an original Smithsonian Channel production. Jody Schiliro is producer/writer. Charles Poe and David Royle serve as executive producers. The film is narrated by Jesse Williams, star of the long-running hit series Greys Anatomy and executive producer of Stay Woke: The Black Lives Matter Movement. The film will also be screened in museums across America during Black History Month  starting at the Smithsonians National Museum of American History. Smithsonian Channel, owned by Smithsonian Networks, a joint venture between Showtime Networks Inc. and the Smithsonian Institution, is where curiosity lives, inspiration strikes and wonders never cease.This is the place for awe-inspiring stories, powerful documentaries and amazing entertainment across multiple platforms. Smithsonian Channel combines the storytelling prowess of SHOWTIME® with the unmatched resources and rich traditions of the Smithsonian, to create award-winning programming that shines new light on popular genres such as air and space, history, science, nature, and pop culture. Among the network’s offerings are series including Aerial America, Million Dollar American Princesses, Polar Bear Town, The Weapon Hunter, The Lost Tapes, Mighty Ships, Mighty Planes and Air Disasters, as well as critically-acclaimed specials that include Building Star Trek, The Unknown Flag Raiser of Iwo Jima, MLK: The Assassination Tapes and The Day Kennedy Died. Smithsonian Networks also operates Smithsonian Earth, through SN Digital LLC., a new subscription video streaming service delivering spectacular original nature and wildlife content. To learn more, go to www.smithsonianchannel.com, or connect with us on Facebook, Twitter, and Instagram.