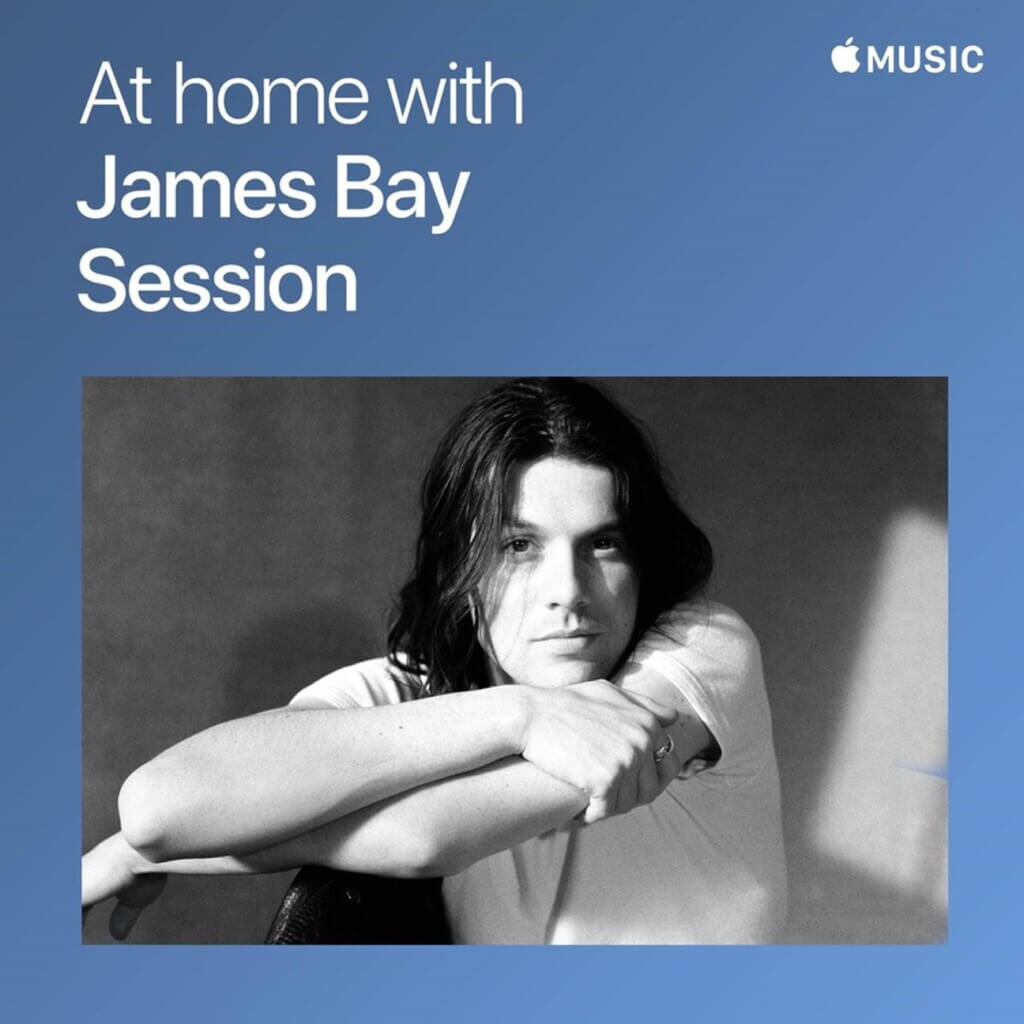 JAMES BAY TEAMS UP WITH APPLE MUSIC TO RELEASE: AT HOME WITH JAMES BAY SESSION:

Today James Bay announces his collaboration with Apple Music as part of their latest installment of the Apple Music At Home Session series. For the special edition of the series James covers “Don’t Look Back In Anger” by Oasis and “Trouble” by Coldplay.
Take a listen to Apple Music’s At Home With James Bay Session Here!
On the collaboration Bay said: “It’s funny, I didn’t really like Oasis or Coldplay as a kid. I picked up a guitar at 11 years old and wanted to be The Rolling Stones, Clapton, Hendrix. But as I got deeper and deeper into songwriting and studying great songs, I came to love Oasis, Coldplay and more great modern songwriters. I totally fell in love with the music. So much so that I now sit and play their songs to myself on guitar, that’s why I chose them, they’re just so timeless and brilliant.”
The session is just one of many recent achievements for Bay as he has taken the world by storm with his current single “Chew On My Heart.” Performing on The Today Show, Mahogany Sessions, and recently created his own 45 minute 10-song solo set on YouTube in support of #SaveOurVenues- the UK crowd fundraiser started to protect UK grassroots music venues at risk for permanent closure dur to COVID-19.
Also announcing today Bay will be performing “Chew On My Heart” for the song’s late night US tv debut on The Late Late Show with James Corden on Tuesday, August 25th! Be sure to tune in for what will be a memorable performance!
The track has continued to climb as it has entered the Top 30 at Triple A & Hot AC radio, hit over 10 million global streams and Rolling Stone recently praised it with: “If “Chew On My Heart” is any indication of what his forthcoming album is going to sound like, it seems like the musician is taking his sound in a more positive direction.”
In addition, today Bay announced he has been selected by Music Venue Trust (MVT) as one of their seven new artist patrons. MVT represent hundreds of grassroots music venues throughout the UK and have created patrons in four major categories: Artist, Broadcasting, Industry and Politics. During the current COVID-19 pandemic MVT patrons have played a vital role in raising awareness and funds through high profile campaigns such as #saveourvenues, which to date have raised over £2.5m for grassroots music venues in crisis. Bay joins the already impressive roster of MVT artist patrons who include Sir Paul Mcartney, Bill Bragg, Frank Turner, KT Tunstall and Elbow among many others.
On joining the MVT Bay said: “It’s vital that we don’t lose any music venues. They are so important to every artist’s growth, learning how to really turn a live show from a good night to a great one.”
Apple Music’s At Home With Session series
In the spirit of the times we’ve challenged some of our favourite artists across all genres to set up from home and reimagine their own signature tracks and thoughtful cover versions. No fancy studios and often no bandmates: just extraordinary talent and brilliant songs.