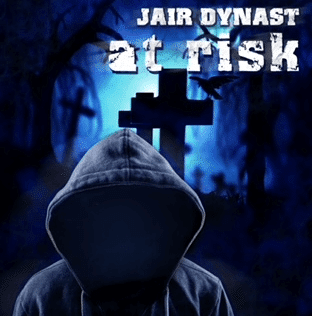 Canadian Hip Hop artist Jair Dynast released his new single “AT RISK” this week. “AT RISK” is pulled from the headlines & tackles the failings of societies choices as well as those of the artist.

The multi-talented artist is known for making statements with his music. Dynast has earned an Album of the Year nod from RapReviews.com and his single “Can’t Wait” became the theme song for a 13-part Miniseries “Make Some Noise” on CBC.

After the successful release of Dynast’s last single, “Profiling” following the death of George Floyd, the artist, songwriter & producer decided to take “AT RISK” deeper and make it raw & personal. “AT RISK” speaks to the life & death of a young black man who has passed on & the agonizing apology to his mother for not returning home. “AT RISK” speaks to the mistakes and responsibilities of society…. and his own.

Dynast is aware his platform comes with responsibility and uses it wisely. Too often the headlines are louder than the accomplishments of his community. Dynast believes in the importance of promoting and praising that community & the contributions Black people have made to society.

The popular artist speaks to high school students during Black History Month about celebrating those accomplishments & their responsibility to them.

“AT RISK” is available on all platforms.

If You Kneel for the National Anthem, Mike Ditka Wants You...